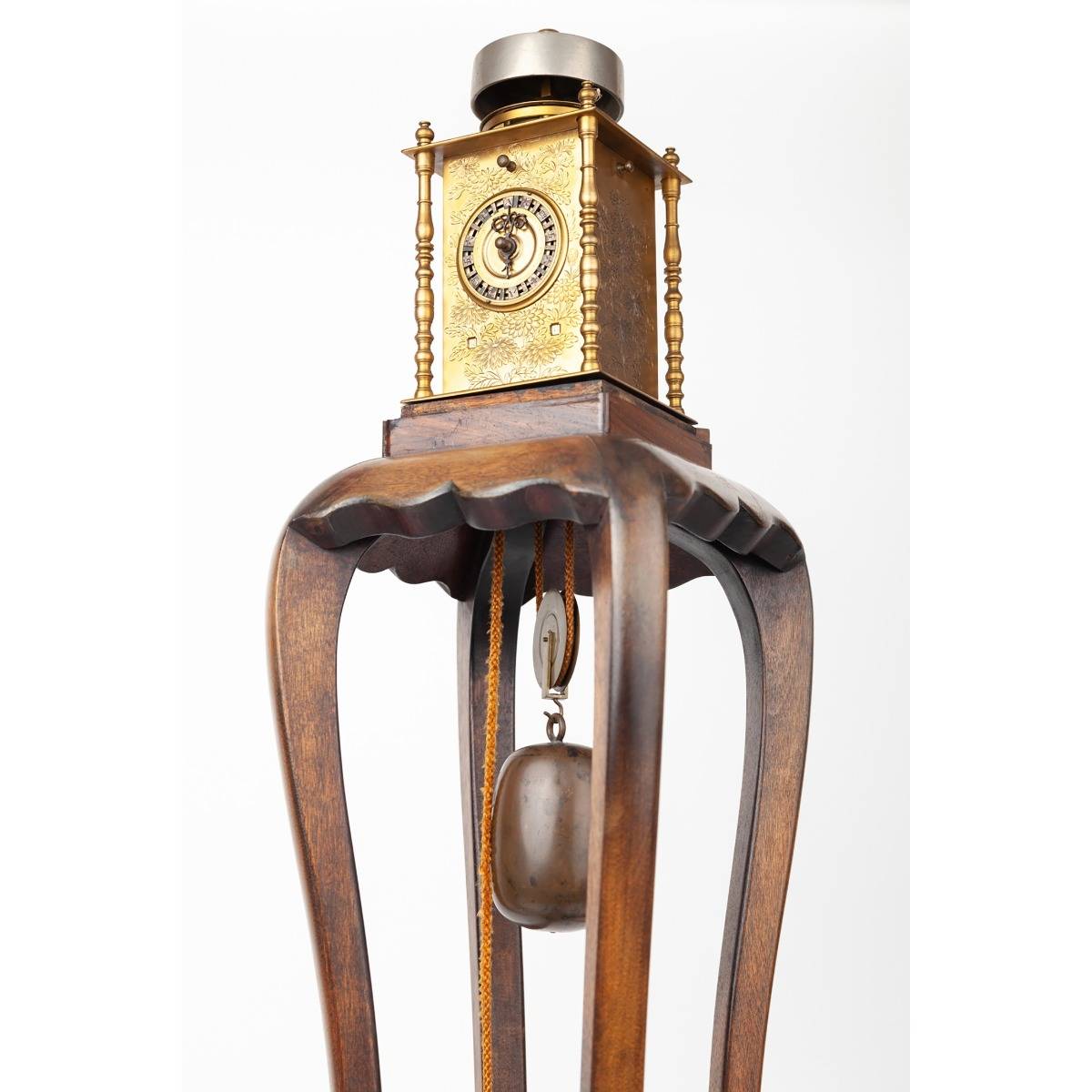 The Japanese timekeeping system, consisting of flexible hours, was substantially different from the Western model, which is comprised of standardised units. Even though day and night in Japan were subdivided into 6 ‘hours’ each, the length of these hours varied according to the seasons and the corresponding ratio of daylight to darkness. A day could be longer in summer, whereas the same would have been true for nights during winter and hours grew longer or shorter accordingly.

The Western concept of time was as confusing to the Japanese as their notion of the ‘flexible’ day is to us, which is why these two systems co-existed for many years, until the government issued a decree to abandon the lunar calendar and the old method of timekeeping in 1873, after which Japan adopted the European system.

The first clocks in Japan were Western imports, which led the country to adapt Western technology to their traditional ways of timekeeping. It is believed that the first European clock was brought to Japan in 1551 by a Jesuit priest, Francis Xavier (1506-52), as a present to the governor of Yamaguchi in Suwa. Buddhist temples and Shinto shrines, however, continued to use the traditional method of marking the passing of time by observing the burning of incense, which is a method that had reportedly originated in China.

Early examples of western-style clocks produced in Japan date back to the early 17th century. The so-called “daimyo clocks”, which only wealthy feudal lords could afford, were produced in Nagoya, Kyoto, Osaka, Nagasaki and Tokyo. The Japanese contribution to the technological innovations of the western design was the lacquering of the delicate iron parts: a painstaking process, which often allowed the Japan-produced clocks to survive in better condition than western ones of the same era. 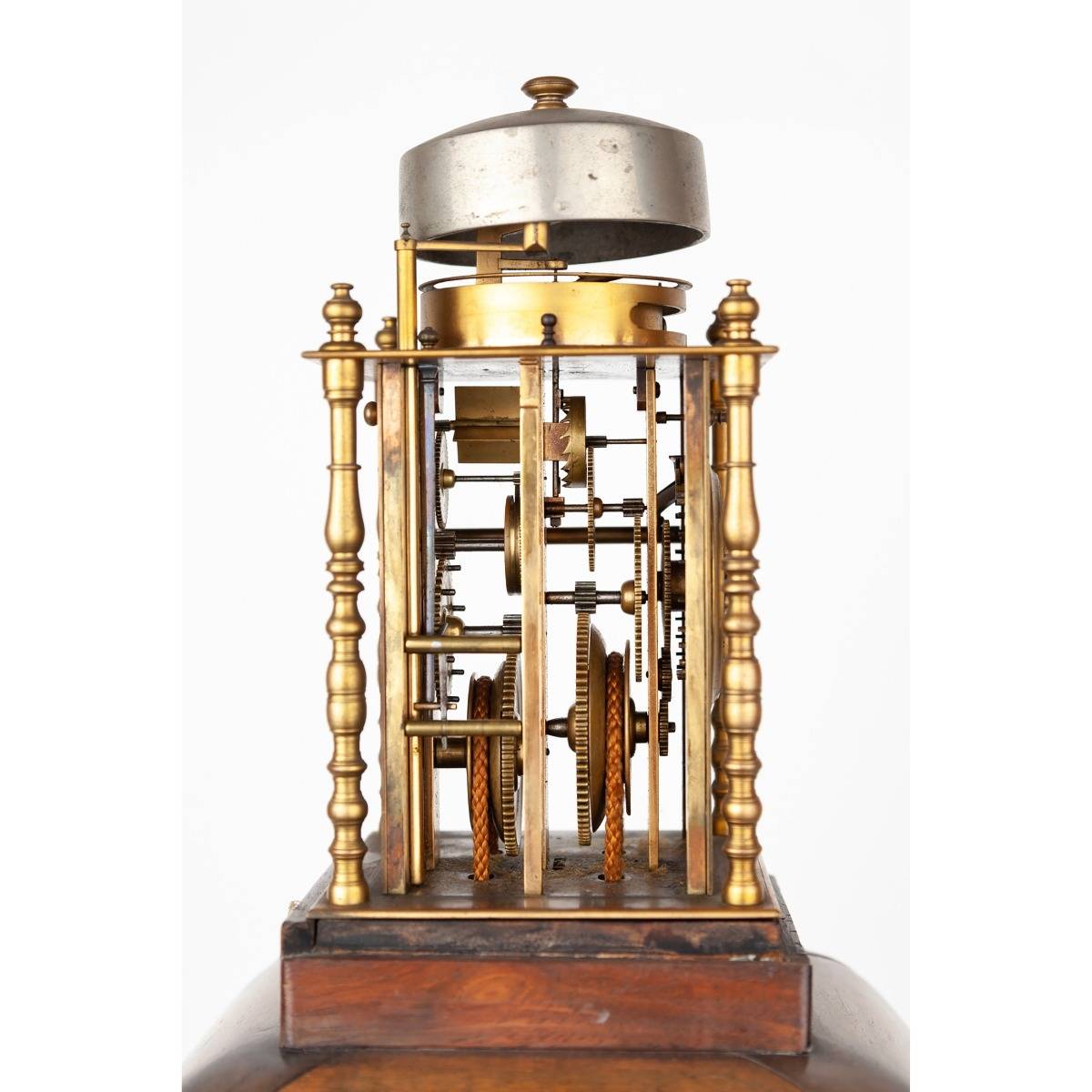 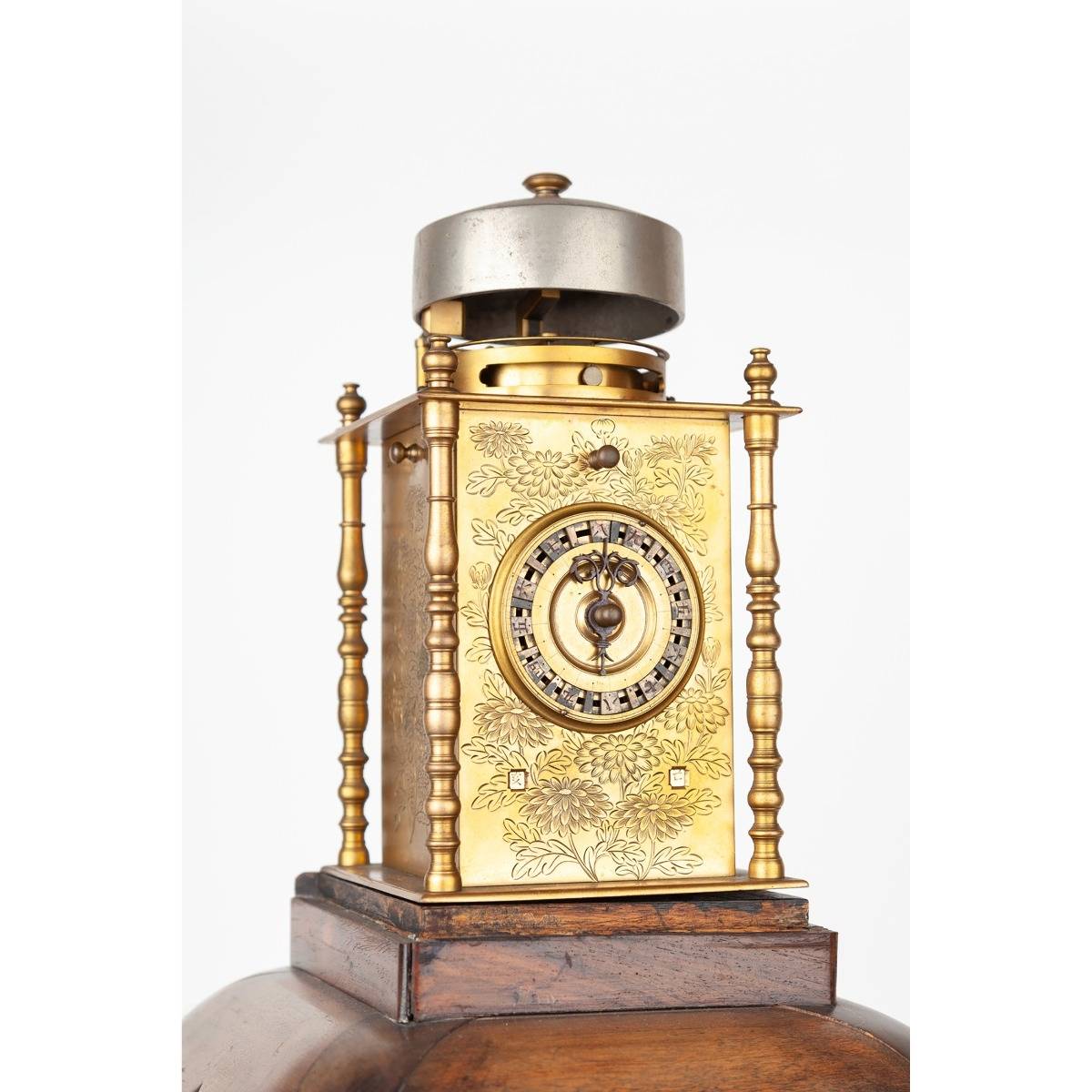 These clocks were extremely rare and costly items, estimated to have a worth equal to that of 20 years of an average citizen’s wages. A clock belonging to a daimyo was taken care of by a clock master who was specially appointed to the household. After the adoption of the Gregorian calendar, many of the traditional clocks were made redundant, which is why most of the examples that survive today had been exported by people from abroad.