Sagemono is a collective term describing all types of containers and pouches that could be suspended from one’s belt, which were often accompanied by a cord fastener (ojime) and a toggle (netsuke). 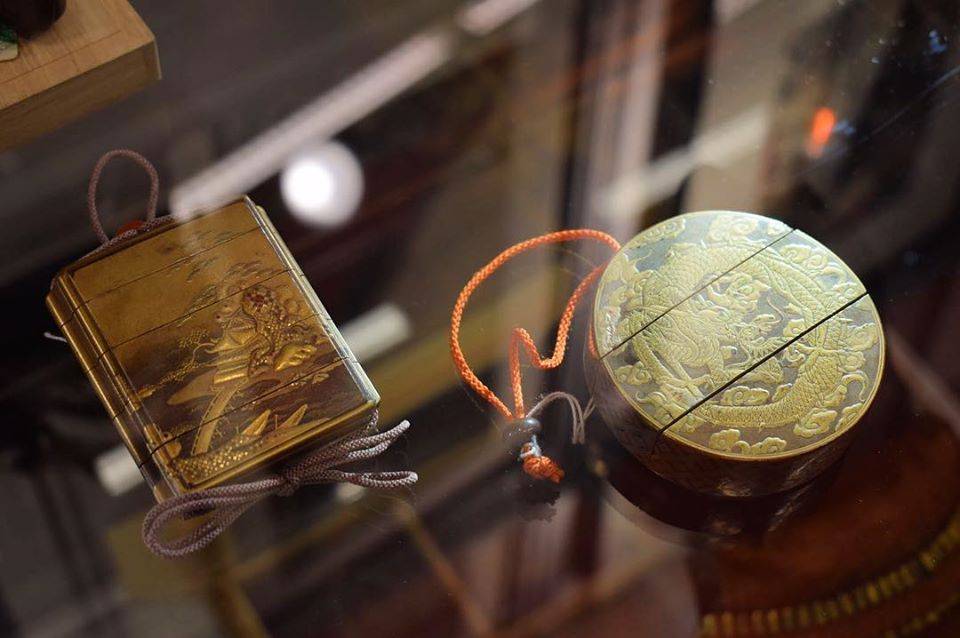 Inro are small containers that could be roughly described as the handbags or pouches of ancient Japan. They had both practical and aesthetic value. Though they usually were square, round or polygonal in shape, a variety of special animal shapes also exist. Over time, these containers came to be extremely luxurious and extravagantly decorated gadgets. Consisting of a few compartments, the containers are joined by a silk string running through hollowed out channels on both sides of the object. As Japanese clothes (kimono) did not have pockets, inro became a substitute for the latter.

Kimono are fastened with a sash that sits at waist level, which was where an inro would be hung from. The inro was suspended at the bottom of the sash, a netsuke securing it in place, while an ojime bead at the top of the inro protected the container from opening accidentally. Initially worn by men, they filtered into female fashion over time.

Inro were perfect for insulating items such as medicine against Japan’s particularly humid and hot climate, because they were largely made of wood and leather coated with lacquer, which is a material that is known for its preservative qualities. Occasionally, ivory, paper, cloth or ceramics were used as additional materials to make these cases.

Lavishly decorated with various types of lacquer work and sometimes supplemented with inlays of ivory, mother of pearl and coral, an inro could be a very personal item. Even nowadays, it has the potential to reveal a lot about the person that it belonged to. While the first motifs that were used for the decoration of inro reference ukiyo-e (Japanese woodblock prints and paintings), the number of inspirations and designs grew countless, only limited by the owner’s circumstances and the artist’s imagination.

A netsuke is a counterweight for any type of sagemono, to which it is connected by a string running under a kimono sash. It protects the item below the belt from sliding out. Normally no bigger than a chestnut, a netsuke can be recognised as such by its basic features:

Although a small item, a netsuke can bear quite a lot of meaning. Each one of them is said to have a story. A netsuke might complete the decoration on the inro it holds, but it is not a rule that those two items have to have a connection or have to compose a set. The range of subjects and designs is as wide as the range of materials used to produce a netsuke. The materials include, but are not limited to ivory, metal, bone, antlers and wood. 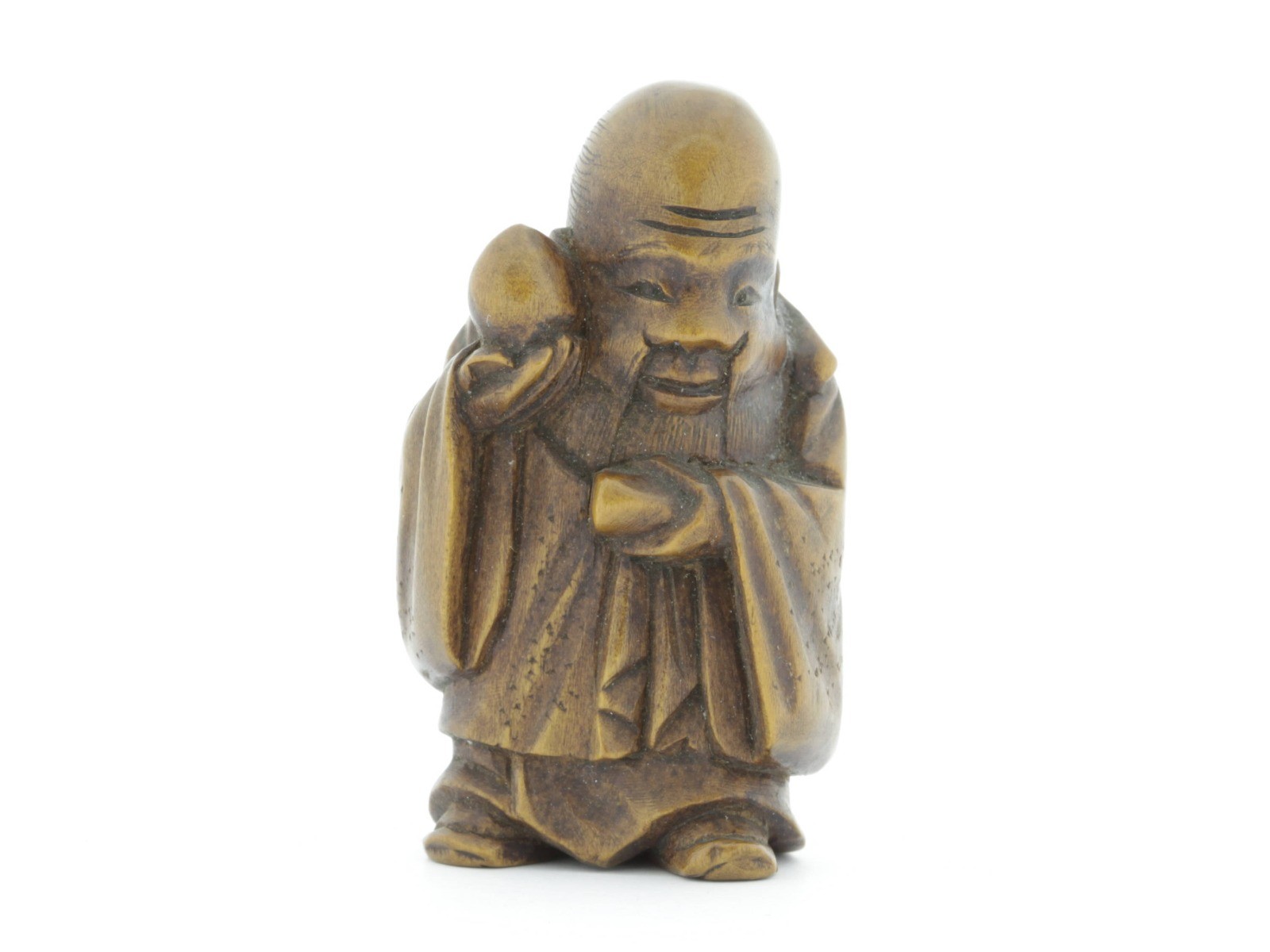 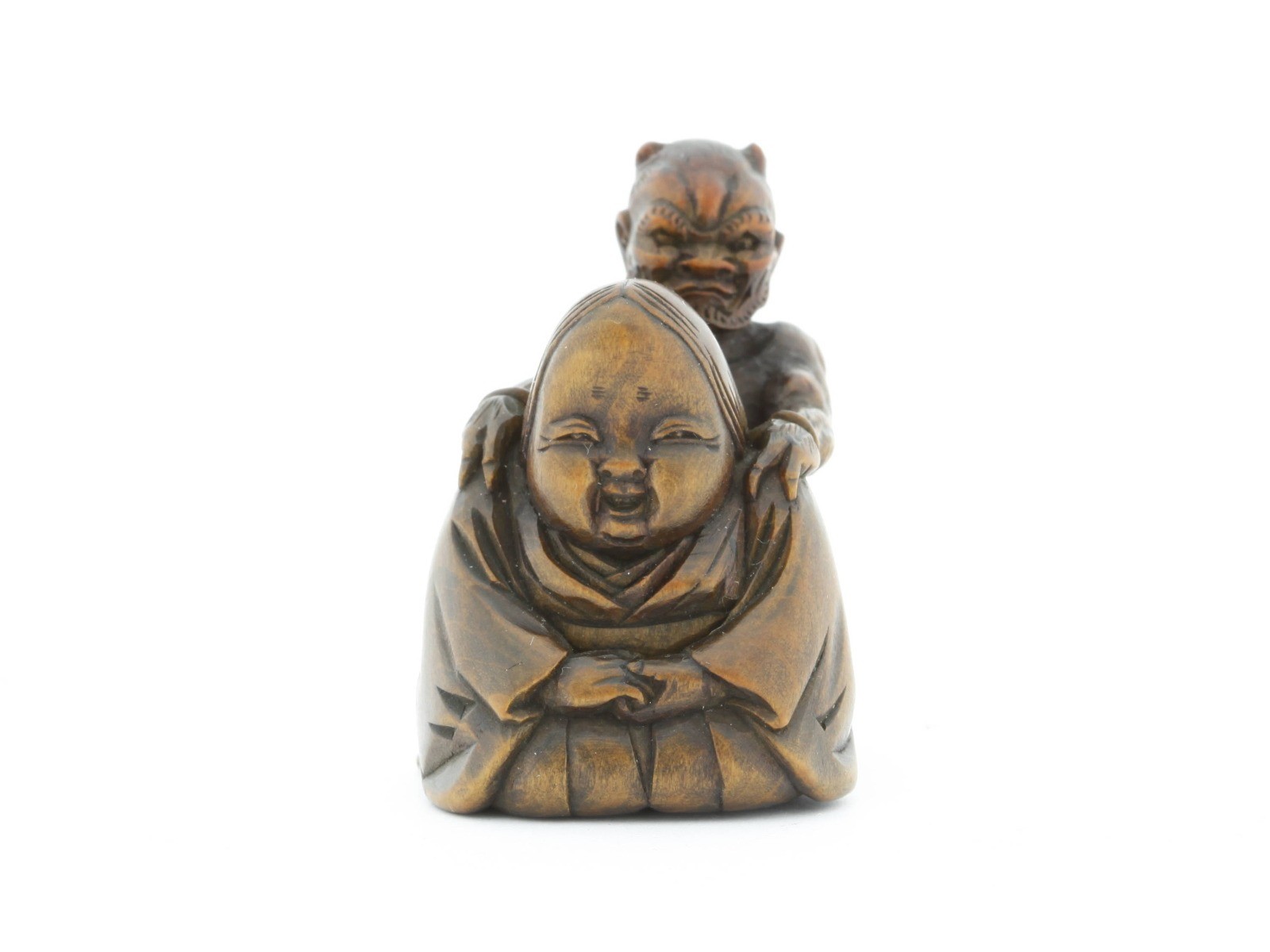 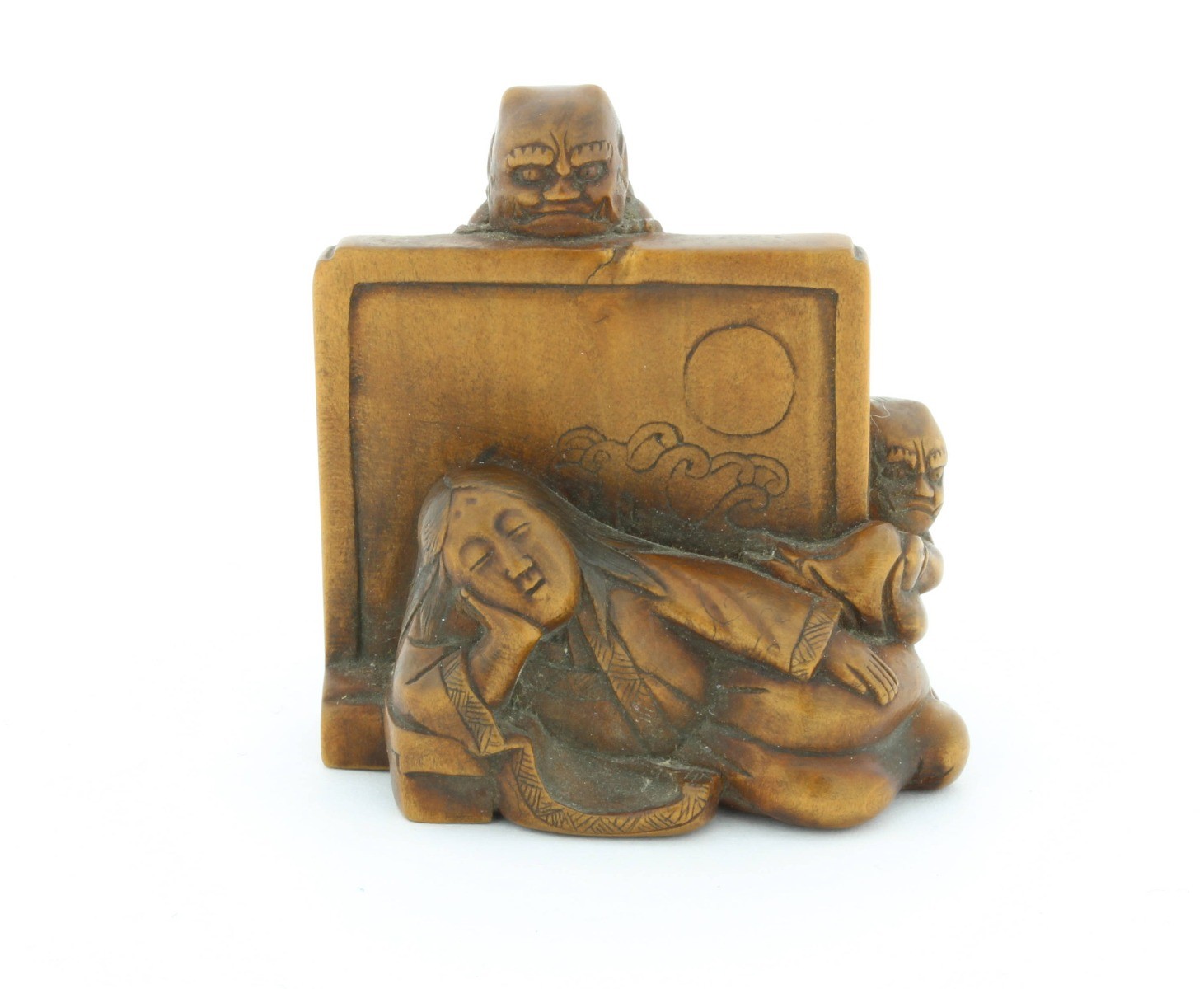 There are a few types of netsuke that are mostly differentiated by their shape:

A leather tobacco wallet with a decorative metal clasp.

A pipe (kiseru) container. The most popular pipe containers were made of lacquered wood, but those made of bone, bamboo and leather are not a rarity, either. Kiserutsutsu were most often attached to tobacco containers (tonkotsu).

Containers exclusively for tobacco that are often attached to a kiserutsutsu. Tonkotsu would usually be made of raw materials and were generally more accessible.