Anime and Manga in France

Japanese Gallery September 27, 2021 Anime & Manga 325 Views
In recent years, anime has become a staple of the global pop culture. Whether it’s the long term arc-based storytelling, visually-spectacular fight scenes, frustratingly-adorable creatures, or the introduction of giant robots and magical girls, anime has certainly captured the world’s imagination. And while many countries today express their devotion to the medium in impressive ways, one country in particular has always been ahead of the curve when it comes to otaku-dom outside Japan. That country is France.

Though animation today is generally dominated by either Japanese or American productions, France has actually a long and proud history of animation, with Frenchmen like Charles-Émile Reynaud and Émile Cohl being a few essential figures in the birth of the medium. France has also always had a strong comics culture (called bandes dessinées, or BDs) and more often known in the English-speaking world as ‘Franco-Belgian comics’. You are likely familiar with some of these comics, which includes cultural icons like Tintin, Asterix, Lucky Luke, and The Smurfs. Add in much of 19th century Europe’s fascination with Japanese fine arts (particularly traditional Japanese prints) – which influenced Europe’s own artists such as Vincent van Gogh in a phenomenon known as Japonism – and it’s not much of a leap to see how France would become very welcoming to Japanese comics (and by extension, Japanese animation), though the extent of this welcome might surprise you.

Classic BDs. Are you a fan of any of them?

In the late 1970s, the national television channel Antenne 2 (now known as France 2) ran a children’s program called Récré A2, and it was on this program that many of the earliest anime made their name in France.The first anime to hit it big in the country was UFO Robot Grendizer, broadcast in French in 1978 with the title Goldorak. It was the third series in the iconic giant robot series Mazinger trilogy. Goldorak pretty much established anime in the country, and many older French fans will name the series as their first experience with the medium. Another iconic series that was massively popular was the 1978 space sci-fi series Space Pirate Captain Harlock, better known in France as Albator, le Corsaire de l'Espace (Eng: Albator, The Space Pirate; the name was changed to avoid confusion with France’s own Captain Haddock from Tintin). The series is so well-loved in the country that the creator, Leiji Matsumoto, was awarded a huge honour (more on that later). On the more down-to-earth side, 1979 saw the release of The Rose of Versailles, a series set during the French Revolution and featuring real-world historical figures, places, and events. It was aired in France under the title Lady Oscar, and it was a phenomenon which also earned its creator considerable honour.

Interestingly, there are also many examples of anime’s early success in France with series aimed primarily at young girls. This includes Candy Candy in 1976, Hana no Ko Lunlun in 1979 (released in France as Le tour de monde de Lydie), and Attacker You! in 1984 (released in France as Jeanne et Serge with a very catchy theme song). Attacker You! directly inspired many young women in the country to take up volleyball, while Candy Candy proved to be so immensely popular with little girls that it earned a negative stigma among their parents, who blamed ‘Japanimation’ for corrupting the youth with a foreign culture. The term Japanimation predates the term ‘anime’ and prior to the 21st century it had a pejorative meaning, though that didn’t stop the younger fans from wishing their country could produce similar works. Sure enough, it wouldn’t be long before France started taking steps towards this.

Anime's early hits in France. Can you feel the nostalgia?

Enter a man named Jean Chalopin, who founded the company Diffusion, Information Communications (DiC). In the 1980s, Chalopin contacted several Japanese studios for the possibility of co-producing animated series together, which resulted in numerous French-Japanese series being produced jointly by DiC and various Japanese animation studios. The first of these was Ulysse 31 in 1981 (Eng: Ulysses 31; collaboration with TMS Entertainment), followed by series such as Les Mystérieuses Cités d'or in 1982 (Eng: The Mysterious Cities of Gold; collaboration with Studio Pierrot) and Jayce et les Conquérants de la Lumière in 1985 (Eng: Jayce and the Conquerors of Light, also known as Jayce and the Wheeled Warriors; collaboration with Studios Sunrise, Shaft, Giants, Look, and Swan).

Some of DiC's co-productions with Japanese studios. Would you consider them as anime?

Other channels tried to get in on the booming anime scene. For example, in 1979 the channel TF1 aired the anime adaptation of the sci-fi comic Captain Future, which was hugely popular in France under the title Capitaine Flam. The series’ opening theme song was beloved by the first wave of French anime fans. More importantly, TF1 was the home of the show Club Dorothée (Eng: Dorothée’s Club), an incredibly popular kids’ show which imported a great many anime series, including iconic series of the late 80s and early 90s such as Hokuto no Ken (Eng: Fist of the North Star, released in France as Ken le Survivant), Saint Seiya (released in France as Les Chevaliers du Zodiaque), Captain Tsubasa (released in France as Olive et Tom), Ranma ½, Moero! Top Striker (released in France as L'Ecole des Champions), Sailor Moon, Kinnikuman, and of course, Dragon Ball and Dragon Ball Z. In fact, Club Dorothée was so popular that the presenter of the show, Dorothée, was once featured in a Japanese tokusatsu show. 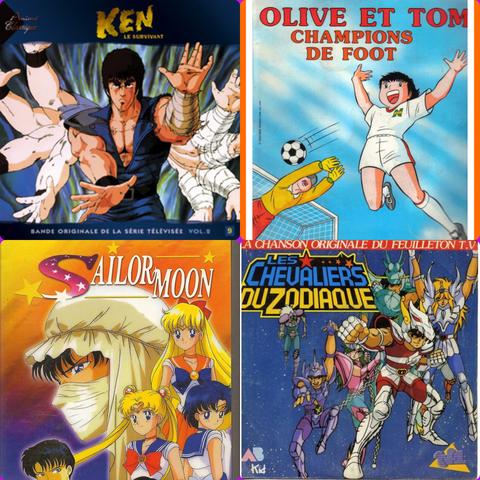 80s and 90s classics from Club Dorothée. Were you fans of any of them?

For their part, France has also given prestigious awards to numerous anime and manga professionals. For example, Riyoko Ikeda (the author of The Rose of Versailles) was inducted into the Légion d'honneur (Eng: Legion of Honour) as a Chevalier in 2009 for her work in promoting French history and culture in her manga. Not often is a citizen of another country given this award! More commonly, they would be honoured with an induction into the Ordre des Arts et des Lettres (Eng: Order of Arts and Letters), an order of merit in France. The first individual who received this honour was Katsuhiro Otomo, best known for his manga series Akira (1982; later adapted into a critically-acclaimed film of the same name in 1988). Otomo was given the award under the decoration of Chevalier (the first grade) in 2005, and was then promoted to Officier (the second grade) in 2014. After him, Jiro Taniguchi was decorated a Chevalier in 2011, and the aforementioned Leiji Matsumoto was also decorated a Chevalier in 2012. Following up on that, Studio Ghibli co-founder/director/producer Isao Takahata was decorated Officier in 2015 for his work with the studio, including directing the films Grave of the Fireflies (1988), Pom Poko (1994), and his last directorial feature The Tale of the Princess Kaguya (2013). Most recently in 2019, Akira Toriyama also received a decoration as a Chevalier for his contribution to popularising manga for a new generation with his iconic creation Dragon Ball. All of the above-mentioned individuals can technically be called knights!

There is also the Grand Prix de la ville d'Angoulême, a lifetime achievement award given to individuals who have contributed much to comics culture, typically BDs. This award is given out at the Festival international de la bande dessinée d'Angoulême (Eng: Angoulême International Comics Festival), one of the biggest comic festivals in the world! Fitting, as France is home to a strong comic culture which includes its love of manga. Two mangaka have been given this award: the first was the aforementioned Katsuhiro Otomo, author and illustrator of the landmark Akira. He received the award in 2015, and was followed four years later by Rumiko Takahashi, the second woman and the second Japanese person to ever receive the award. Takahashi is the mangaka behind many iconic hits, including Urusei Yatsura, Maison Ikkoku, Ranma ½, and Inuyasha; being the best-selling female comics creator in the world, she certainly deserved the honour! 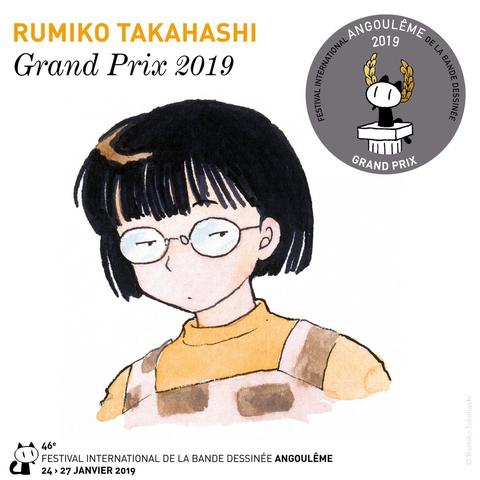 An illustration of Rumiko Takahashi's win of the Grand Prix.

A Future of Fusions

In the 1990s, the publisher Glénat began publishing various manga series in France, including Akira, Dragon Ball, Berserk, and Ranma ½. Though not everyone was impressed with the popularity of manga (particularly the older crowd), manga nevertheless became more and more widely read by French fans. In fact, it got so huge that by 2013 manga overtook BDs as the biggest segment of the French comics industry, comprising 40% of it! This lead to a recent movement called la nouvelle manga, which sees French and Japanese creators work together to bring out the best of both bande dessinée and manga in a new global comics industry as well as cross-promoting works of art between both countries. Part of this movement is the creation of manfra, French-made manga-esque comics that merges the two styles together. A number of modern French comics created take inspiration from manga, both in terms of narrative, art style, or even reading direction. A notable example of manfra is Radiant, which began publishing in 2013 and has even gotten two seasons of an anime adaptation by a Japanese animation studio, Lerche! This mirrors how French animated series in the 2000s adopted many of the narrative and visual influences of anime; examples include Code Lyoko in 2003, W.I.T.C.H. in 2004, and Wakfu: The Animated Series in 2008. 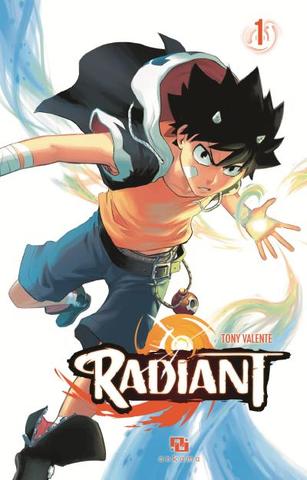 Radiant, an example of manfra. Notice the manga-esque look it has!

International co-productions like the ones DiC pushed out back in the 1980s weren’t dead either: the sci-fi series Ōban Star-Racers was developed and produced by both French and Japanese teams, and came out in 2006. And speaking of French-Japanese co-productions, the French house group Daft Punk worked with legendary anime creator Leiji Matsumoto to create several music videos set to tracks from the duo’s second album Discovery. These videos were then compiled and released in 2003 as an animated movie called Interstella 5555: The 5tory of the 5ecret 5tar 5ystem. 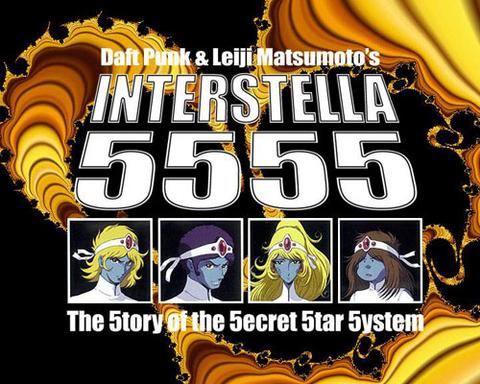 French house meets Japanese animation in this epic collaboration. Can you see Matsumoto's artistic influences in the character designs?

All of this comes together to the annual event Japan Expo, the largest Japanese pop culture convention outside of, well, Japan itself. It is the event for anyone with even a mild interest in Japanese culture, in Europe as well as around the world! The event was first created in 1999, and has since attracted hundreds of thousands of attendees every year, from those seeking to discuss their favourite series, scour the convention for anime merchandise, or partake in cosplay competitions. And of course, such a huge and popular event could only be held in the one country at the top of 21st century global otaku-dom: France.