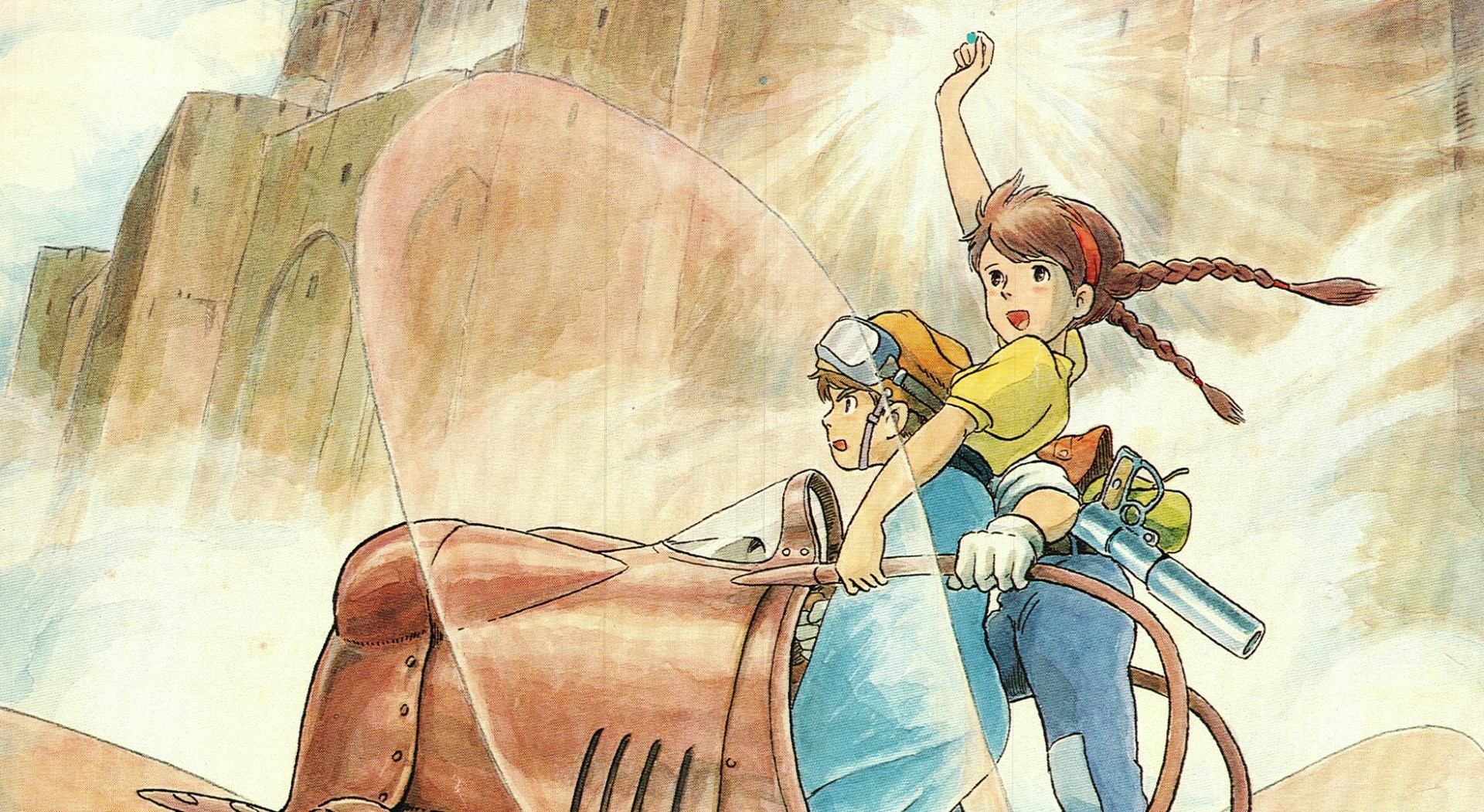 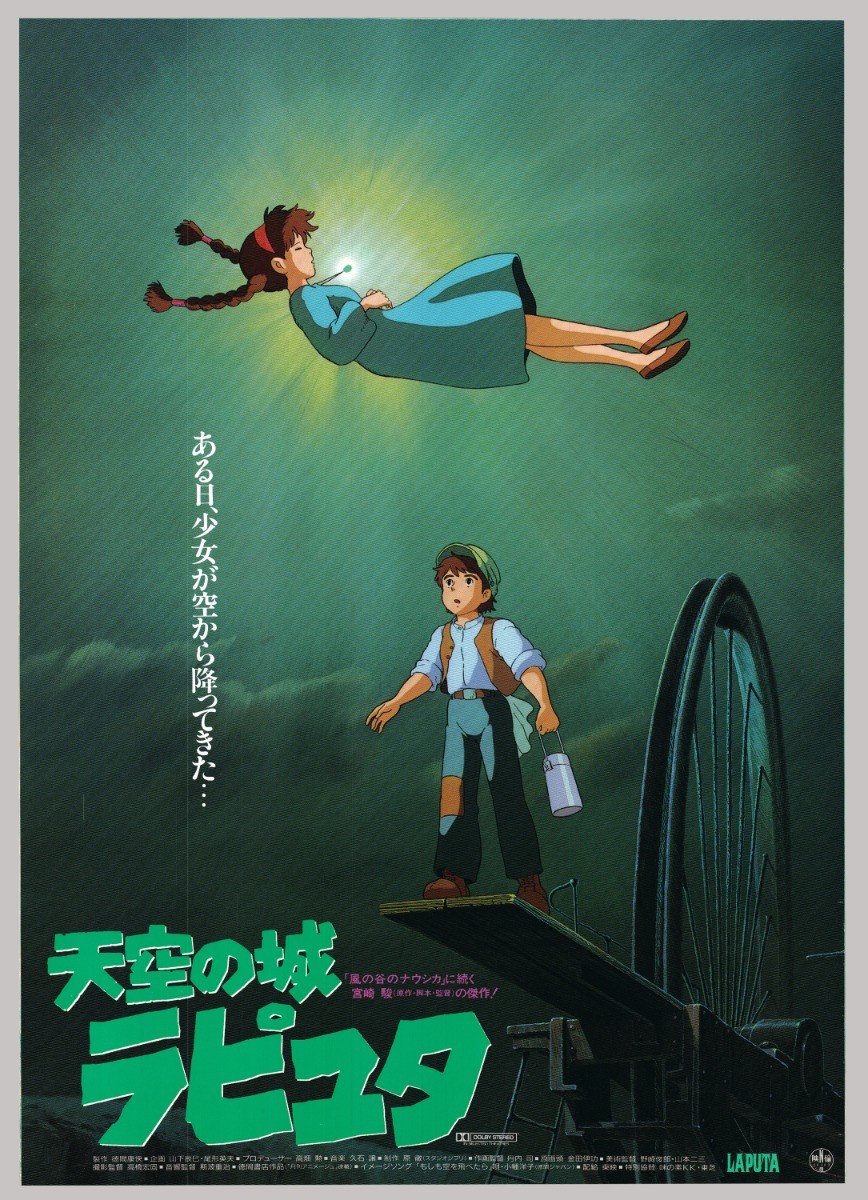 Released on August 2, 1986, Laputa: Castle in the Sky was the first full length film produced by Studio Ghibli. Written and directed by Miyazaki Hayao, and produced by Takahata Isao, the film was a box office hit and became hugely influential both at home in Japan and abroad.

Laputa originates from Gulliver’s Travels by Jonathon Swift in 1726, described as a flying Island with a highly intelligent population. Swift used Laputa as an allegory for Ireland’s revolt against Britain, which was occurring in the same period.

Studio Ghibli’s debut follows Pazu, a boy working in a mining town, and Sheeta, a girl who he meets after she falls (or rather floats) from the sky, protected by

the amulet around her neck. They are promptly chased by pirates and the military, all looking for Sheeta and her amulet, who believe it possesses a strong power and the key to finding Laputa. The two quickly become locked in a race to find the floating island, to find Sheeta’s true home and save it from state powers looking to advance their militaristic technology.

The story, unlike the complex nuances of other Ghibli films, paints a straightforward moral narrative of good against bad. While Dola and her band of pirates are not strictly good or bad, their development throughout the film show them as sympathetic characters. They assist the two children in their quest despite their tough demeanour and knowing it may prevent them the treasure they are hunting for. 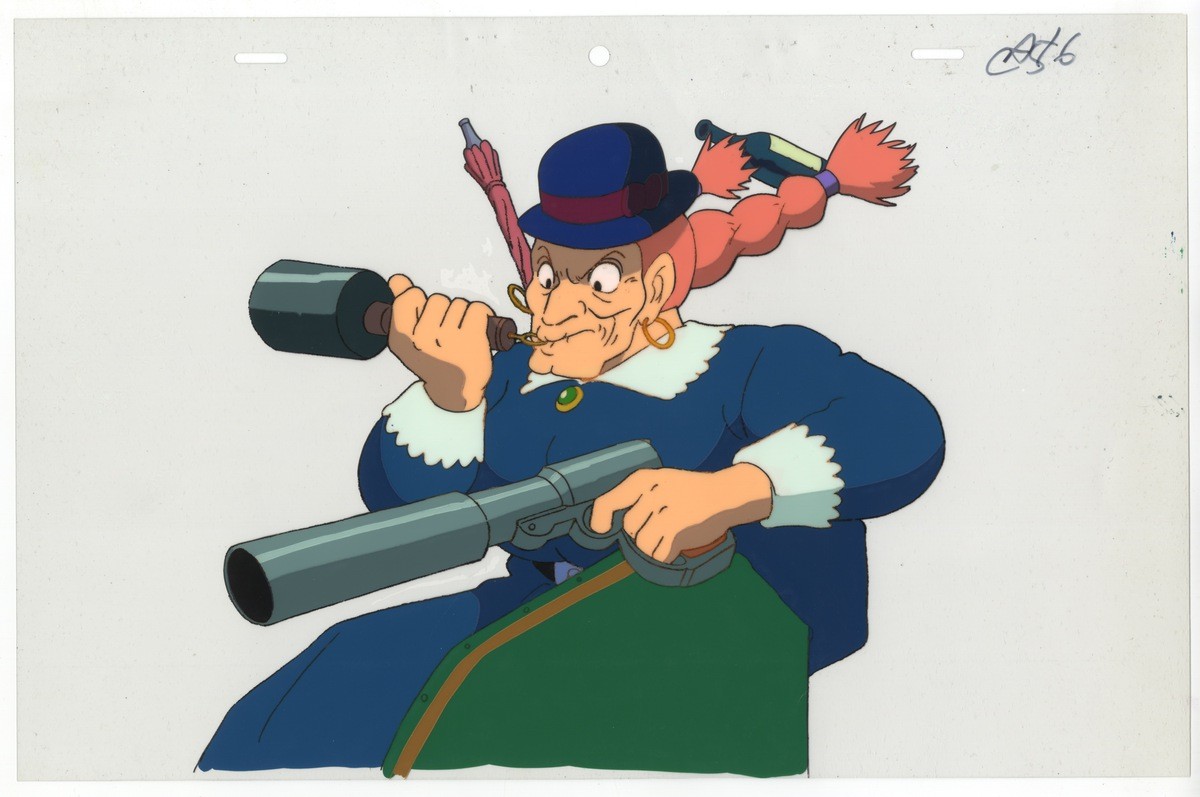 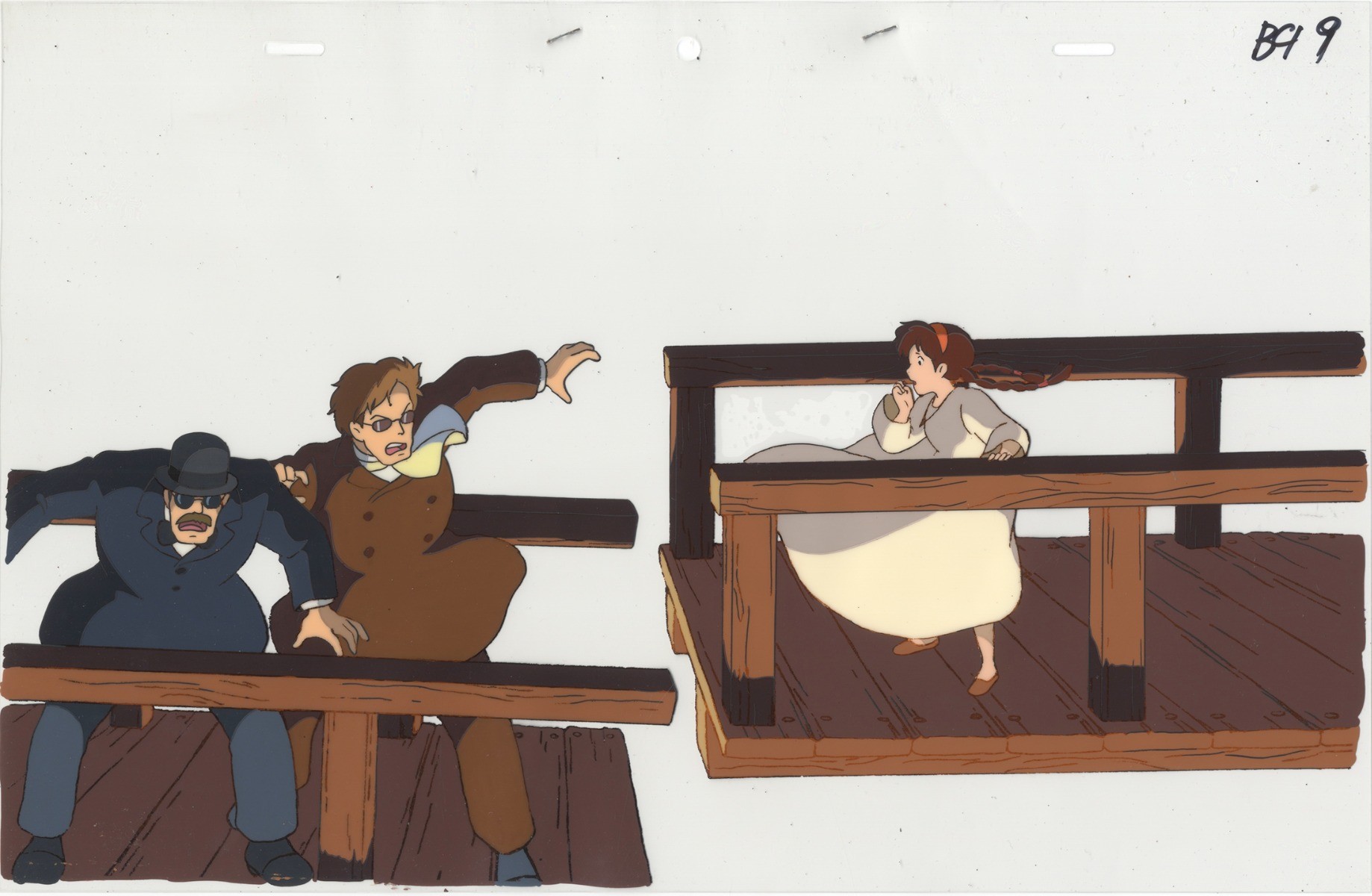 Meanwhile, the sheer ruthlessness of Colonel Muska and his military operation paints a picture of the worst of humanity and what it will do for power.

Despite being known as an ‘environmentalist filmmaker’, Miyazaki is not inherently anti-industrialisation as seen in his portrayal of the mining town

and its people. Much of the architecture of the film was directly influenced by a visit to a Welsh mining town in 1984 during the miners’ strikes. After seeing the people fighting for their jobs and community, Miyazaki wanted to portray that strength in the characters that make up the town where Pazu lives. 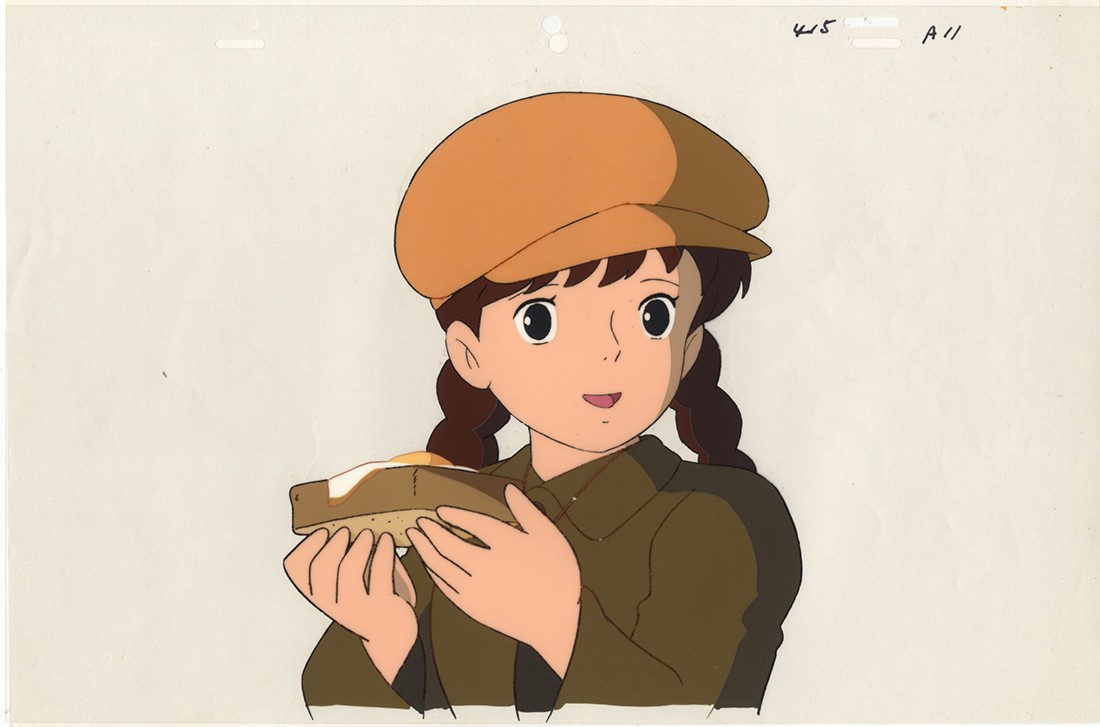 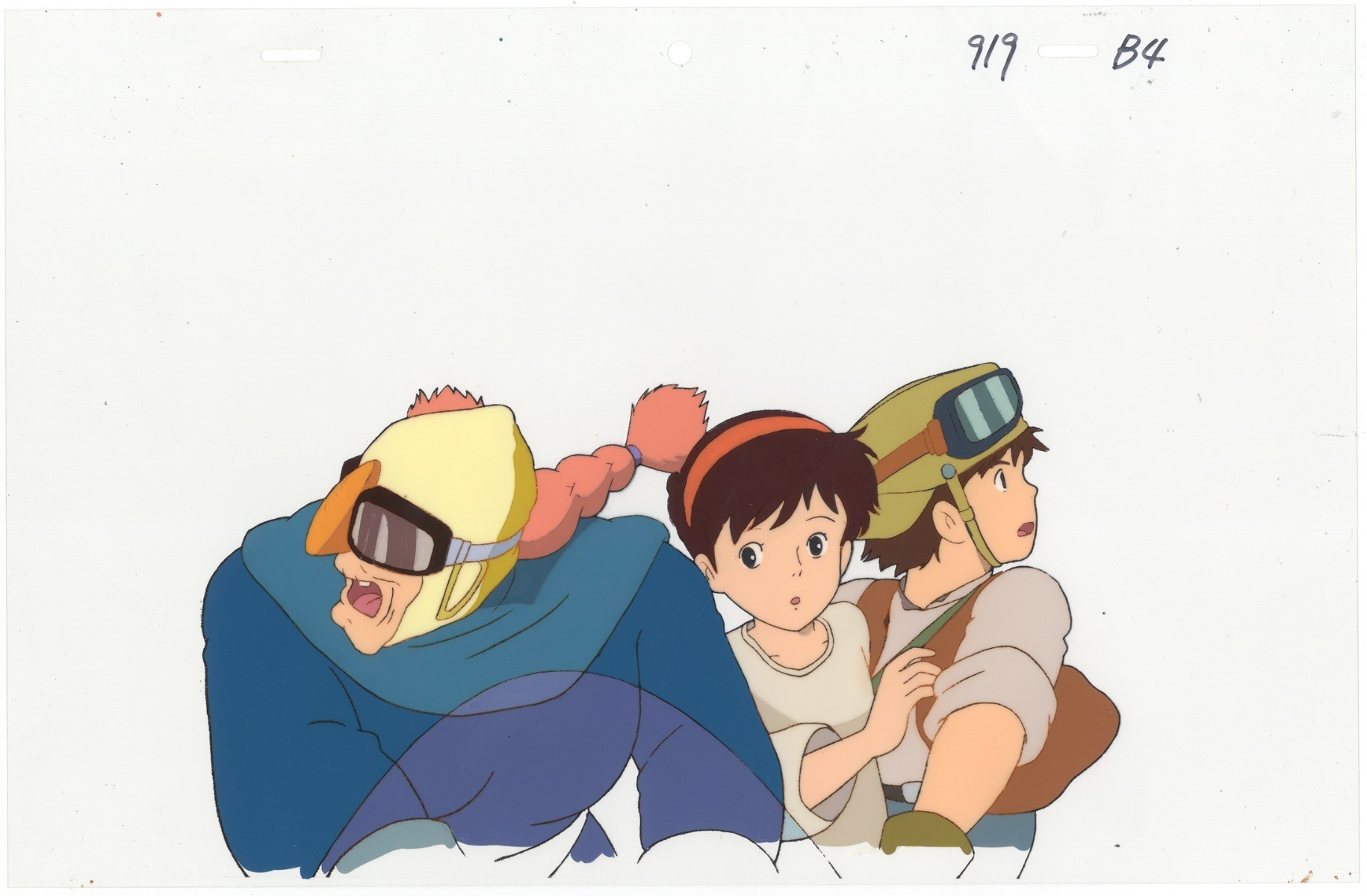 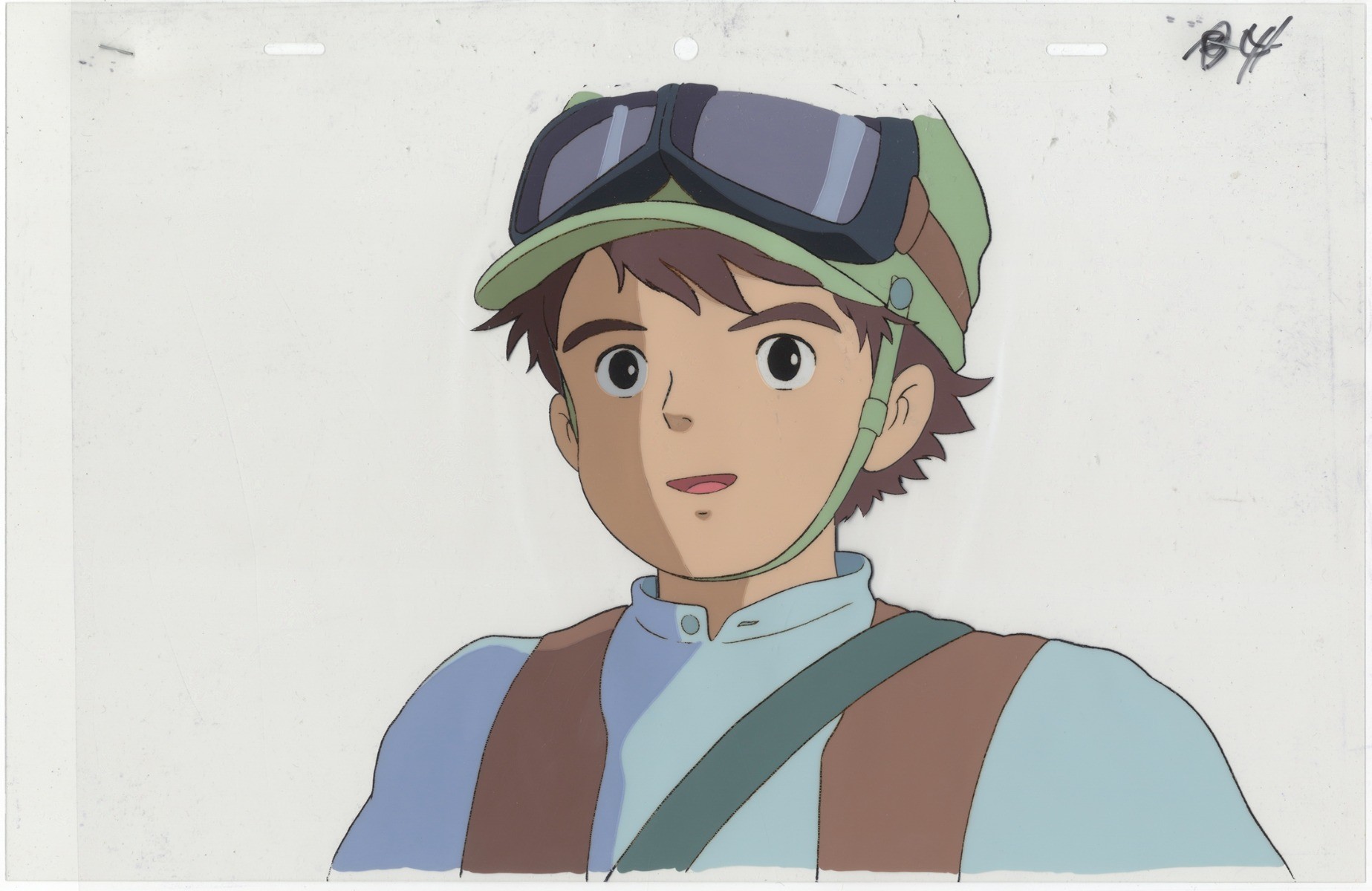 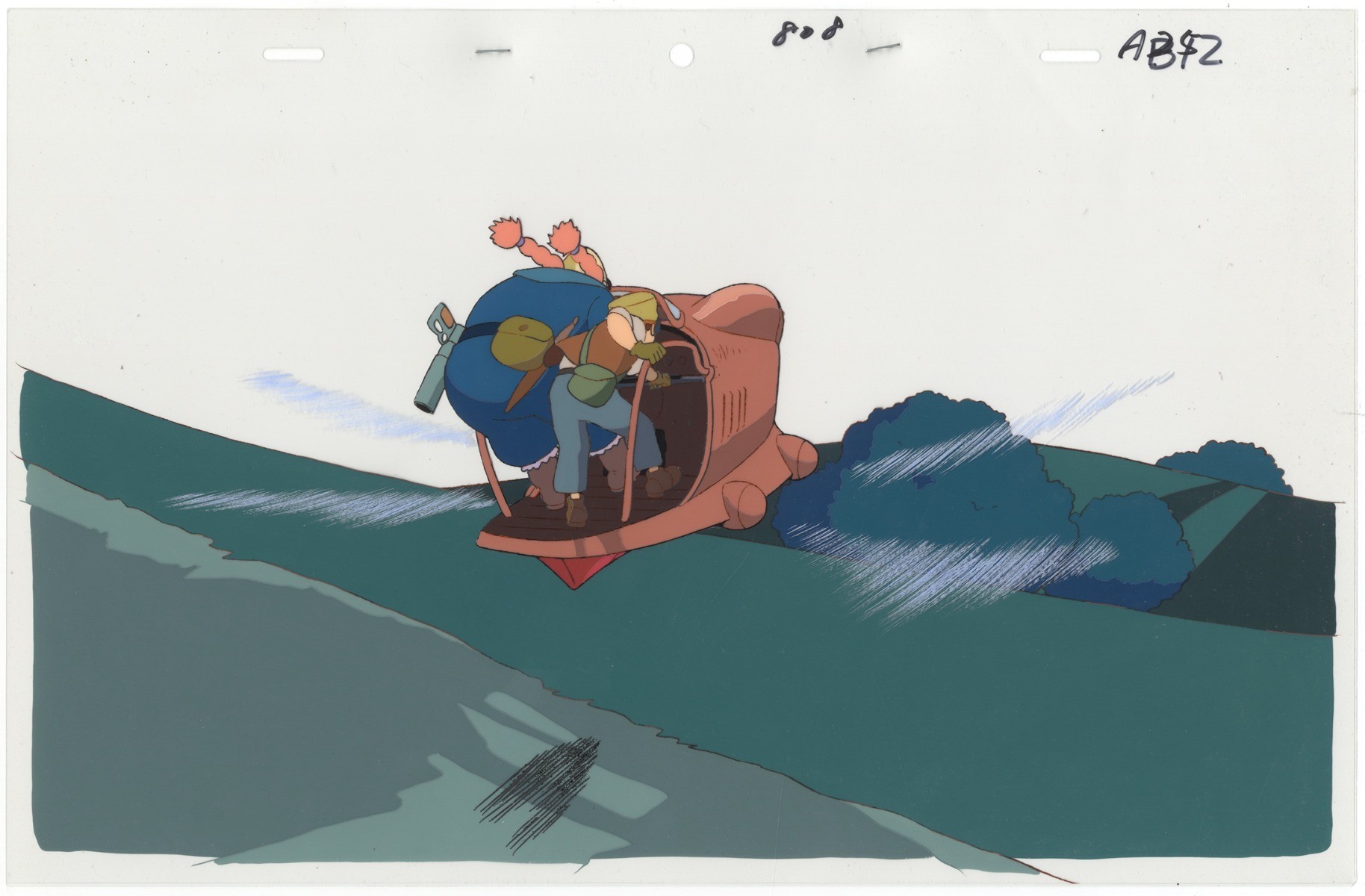 Pazu and Sheeta win the race to Laputa, which is now a thriving ecosystem amongst the ruins of the castle. The uninhabited land is dense with forest and animals. However, the military are close behind and the final scenes of the film see the two children fighting against Colonel Muska to save Sheeta’s ancestral home. Pazu and Sheeta’s victory also means the loss of Laputa, which ascends further into the sky, unreachable by humanity.

This ending signals Miyazaki’s belief that we are not yet capable of living harmoniously between nature and technology. Despite this message being over 30 years old, it very much rings true today. At its core, Laputa is wild ride of good against evil and the hopeful message that even if we as humans are not able to live alongside nature at this very moment, it is possible somewhere, someday. 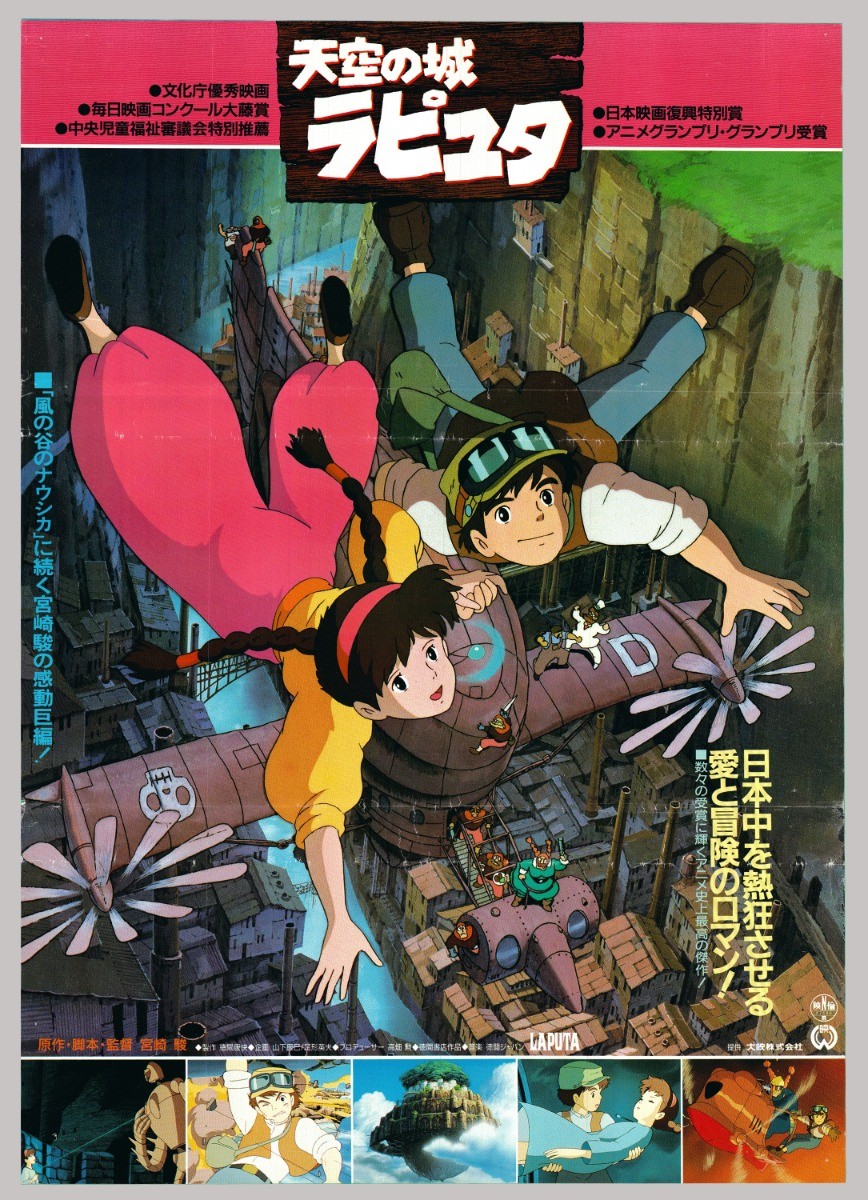 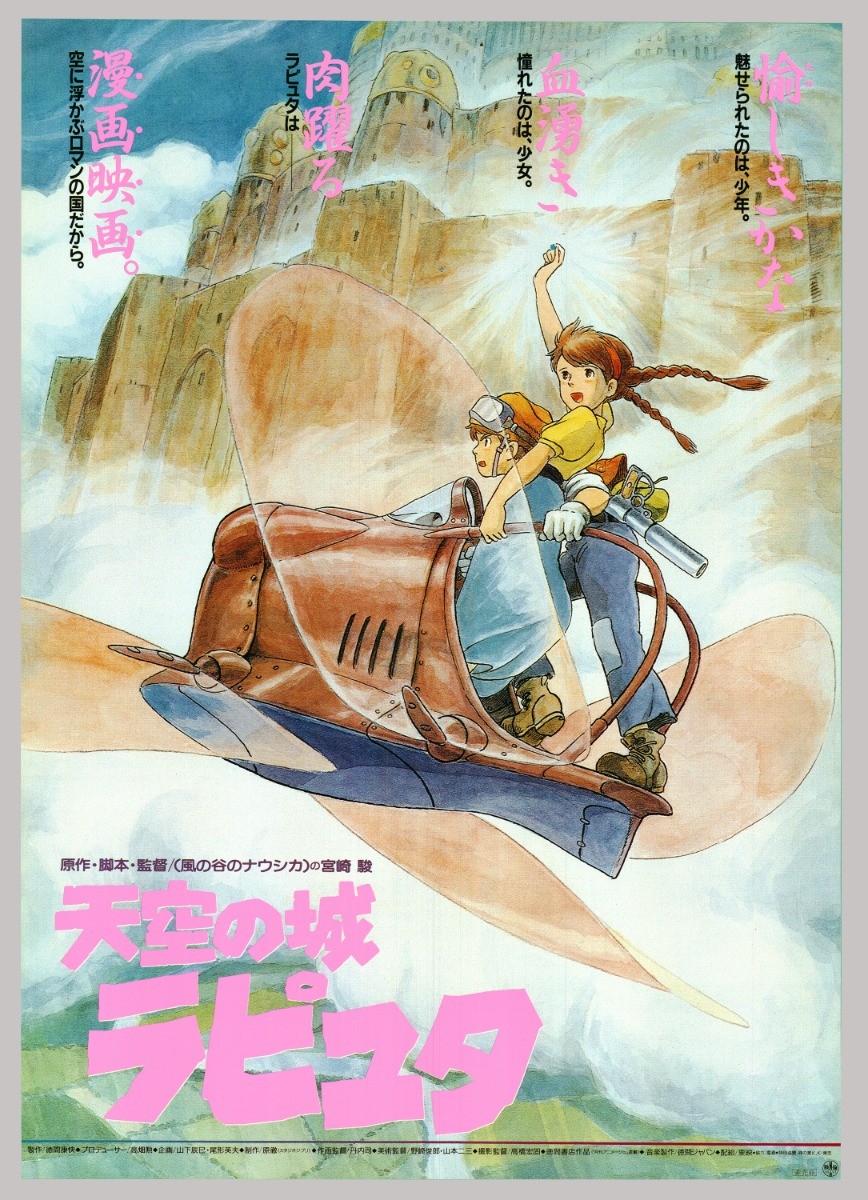