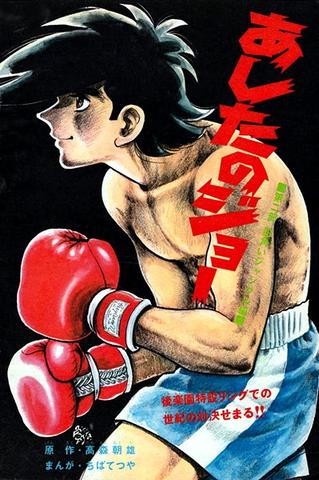 Welcome back to the series where we put some of anime and manga’s most notable creators under the spotlight. Last time we covered one of Japan’s most prolific horror writers, so today we’re going to take a closer look at an undisputed master of another genre: sports.

We all know anime have the distinct capability to make compelling series out of any particular sport — association football has Captain Tsubasa, basketball has Slam Dunk, tennis has The Prince of Tennis, American football has Eyeshield 21, and even boxing is covered by Hajime no Ippo, just to name a few of the famous ones. The 2010s have also seen a rise in popular sports anime, such as Free! (freestyle swimming), Kuroko no Basuke (basketball), Haikyuu!! (volleyball), and Yuri!!! on Ice (male figure skating). But while writers of sports manga typically focus on one particular sport (for example, the creator of Slam Dunk also made Real, a manga focusing on basketball players on wheelchairs), the man we’re going to take a look at today is responsible for creating multiple influential series featuring different sports. Meet Ikki Kajiwara.

A little bit about the man. First of all, ‘Ikki Kajiwara’ isn’t his real name, it’s a pseudonym. He was born as Takamori Asaki (高森 朝樹; full name in Japanese order) on in 1936 in Tokyo as the eldest of three brothers. To make it more confusing, he is also known by another name, Asao Takamori. The reason he has multiple pseudonyms is because he worked on multiple manga series at the same time with rival magazines, and thus working under different names prevented overlap between the two.
Even from his childhood, his friends and family noted him to have a fighting spirit within him and the temperament to match, which escalated to the extent that even his teacher thought he didn’t have the brains to be in a private school. Later on, he and his family would live through World War II, and even after he would continue to be a problem student in school. He originally wanted to be a novelist, but when a few of the higher ups at a major manga magazine approached him to create a series for them, he came up with his first big hit, Star of the Giants. The rest, as they say, is history… history we’ll be looking at now.
Before we jump in, it is worth mentioning that Kajiwara does not usually do the artwork in his own series, and that he worked with many different artists throughout his career. We’ll mention each of the artists that helped shape his greats. Bear also in mind that these are by no means his only works, as Kajiwara has created a great many more series covering a whole slew of different sports. Be sure to check out the man’s other works!

1. Star of the Giants 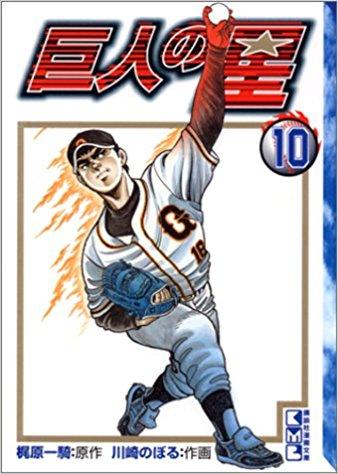 One of the very first sports manga ever written, Star of the Giants (or Kyojin no Hoshi as it’s known in its homeland) is unquestionably influential. Written by Kajiwara and illustrated by Noboru Kawasaki, it revolves around the sport of baseball, which is perennially popular in Japan and is even counted as one of its national sports. The star of the story (pun every bit intended) is Hyūma Hoshi, son of Ittetsu Hoshi, a 3rd baseman in a professional baseball team who had to retire due to the injuries he sustained in World War II. Obsessed with the idea of having his son follow in his footsteps, Ittetsu forces Hyūma to take up the profession by putting him through absolutely grueling training while maintaining a cold and rigid attitude towards Hyūma. Hyūma eventually joins a fictional version of the real-life Yomiuri Giants baseball team, though not without some major challenges on the way.
While it may not have as big of a name recognition today, there is no denying its influence on anime. Not only does its creation in 1966 place it among the first sports manga (thus paving the road for other, more well-known series in later decades), it is also the reason why most other baseball-centric anime focuses on the pitcher instead of other positions. Big Windup? Yes. Ace of Diamond? Yes. The works of Mitsuru Adachi like Touch and Cross Game? Yes and yes.
2. Tiger Mask 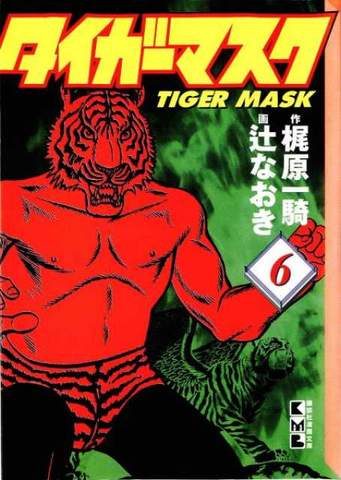 Professional wrestling may not be the first thing to come to your mind when you hear the word ‘sports’, but Kajiwara wrote a series focusing on it and it is certainly one of his best. Illustrated by Naoki Tsuji, the story of Tiger Mask follows pro wrestler Naoto Date, better known as his stage persona Tiger Mask as, a villainous wrestler in the ring who fights with dirty methods. He gained notoriety for his career in the USA before returning to Japan, whereupon he met a young boy living in an orphanage who idolised Tiger Mask’s vicious wrestling style. Realising he did not want this boy to have a villain as a role model, Naoto decided to become a heroic wrestler instead and used his earnings to help save the orphanage where he himself was once born and raised, bringing him to conflict with many an antagonist both on and off the ring.
While at first it may seem like simply another sports series, Tiger Mask has grown to become so much more. Pro wrestling is quite popular in Japan and there have been no less than five real-life pro wrestlers to wear an actual tiger mask in the ring, patterned of course after Naoto’s own iconic mask. It started in the 1980s with Satoru Sayama wearing the mask, which then went from wrestler to wrestler in a tradition that continues to this day. During Sayama’s tenure in the mask, he even had a memorable rivalry with British pro wrestler The Dynamite Kid. 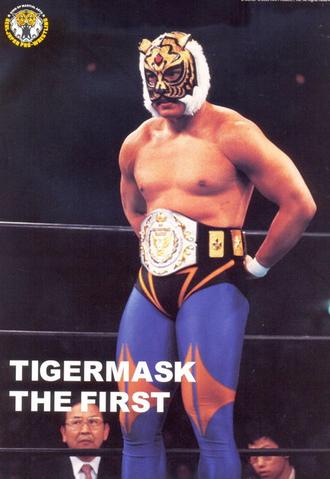 Going beyond pro wrestling, in the early 2010s there were a flurry of donations to children’s homes and other social service facilities in Japan, most of which came from a certain ‘Naoto Date’ who of course was an orphan himself. There have also been many references to Tiger Mask in other popular Japanese media, including Wolf Face in Detective Conan, King in Tekken, and Incineroar in Pokémon. Of course the series is fondly remembered enough to have earned itself an anime-original sequel called Tiger Mask W, which has just finished airing in 2017. Not bad for a series about a tiger-masked pro wrestler, huh?

Have you ever heard of a little boxing series called Hajime no Ippo? If you’re a fan of this iconic sports anime, then you’ll love Ashita no Joe (or Joe of Tomorrow in English), another great work written by Kajiwara and illustrated by Tetsuya Chiba. Also known as Champion Joe or Rocky Joe, the story follows Joe Yabuki, a homeless teenage orphan wandering around the slums of Tokyo and living off the land and the locals (by which we mean committing a variety of small crimes like theft and selling contraband). Fate brought him to cross paths with retired boxing trainer Danpei Tange, who dreams of coaching Japan’s next champion boxer and believes the rough-and-tumble Joe to be that champion. While the two get off on the wrong foot and Joe’s shenanigans eventually land him in juvenile prison, Tange refuses to give up on Joe and gives him boxing lessons, never forgetting to remind Joe that there is a better tomorrow for him if he gives up his criminal ways and focuses instead on channeling his youthful energy into boxing. And so begins their story and Joe’s career in boxing.
While largely unknown outside of its home country, it is unimaginably popular in Japan. It also tackles many societal issues such as poverty, parental abandonment, and youth criminality, told through Joe’s boxing journey. In fact, during Joe’s time in prison a boxing tournament was set up with the help of both the wardens and the prison’s benefactor, which in the long run proves to be a healthy outlet for all the inmates. This also conveniently sets up the rivalries Joe cultivates with various other inmates, which is of course a staple of shonen anime. In this way, Kajiwara demonstrates how unfavourable social conditions could lead young people to a life of crime, and how sports (in this case, boxing) can allow them to reenter society and contribute to it. Moreover, the local neighbourhood in which Joe and Tange eventually open their gym rally behind them, seeing them as the social champions of their people.
Fun fact: a new boxing-focused anime series, Megalo Box, started airing in April of 2018 as a commemoration of Ashita no Joe's 50th anniversary! As well, it is also worth mentioning again just how well-loved this series is in Japan. When a certain significant character dies (we won’t spoil who, or how), the country mourned them so much an actual, real-life funeral was held in their honour! How many other series can claim that level of popularity with the fans?
At the end of the day, Kajiwara’s works stand out from the rest because it is so different from most other offerings out there. Where most sports anime focus on the sport in and of itself (usually by focusing on the rules and techniques of the sport), Kajiwara weaves his stories and characters through real and relatable social issues as told through their progressive careers in whatever sport is central, which helps ground his stories and make us care about his characters all that much more. Whether or not you’re a sports fan, we definitely urge you to give one of his stories a try. It might just help you appreciate the place of sports in our society that little bit more.
Share