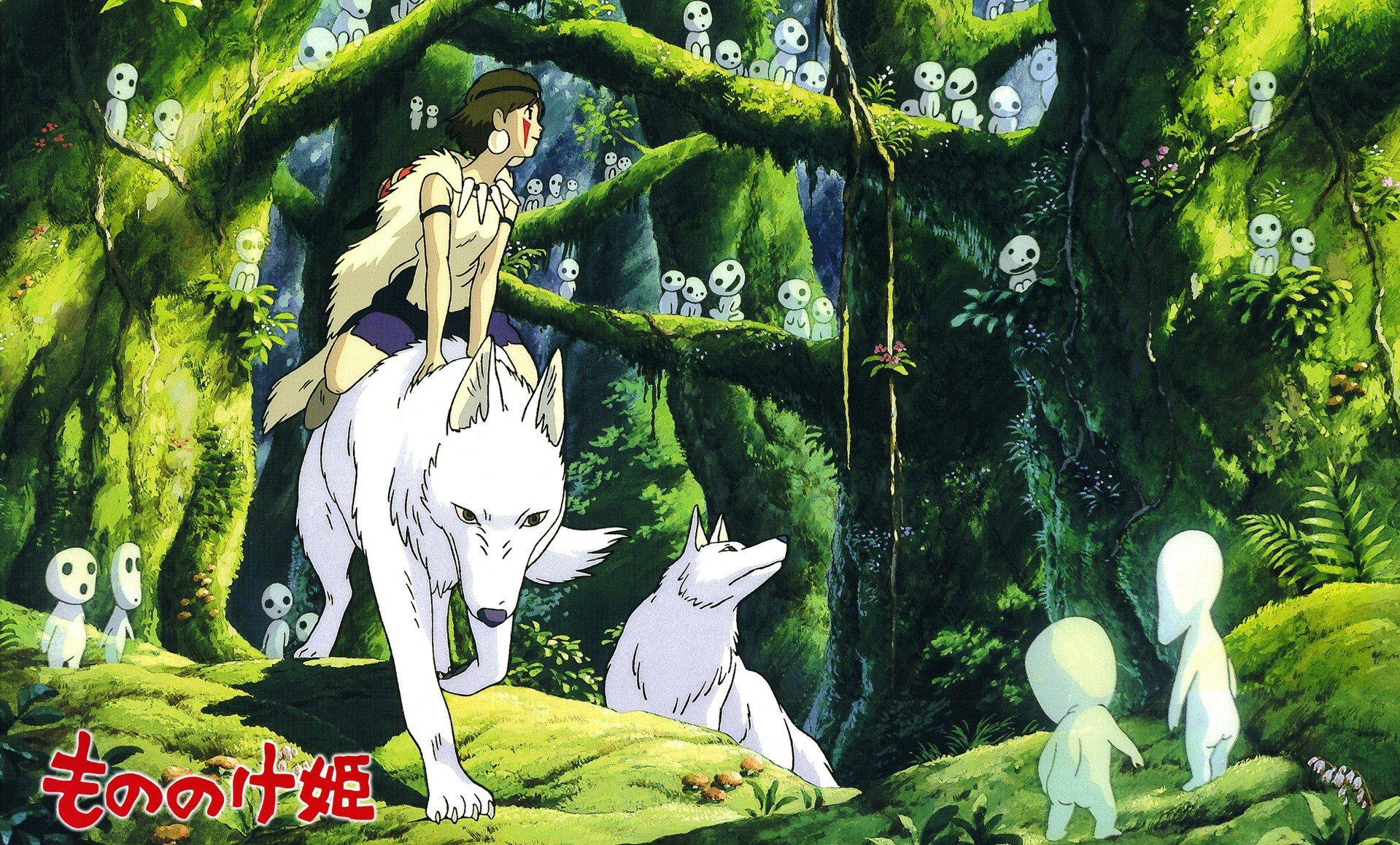 This month’s spotlight we’re celebrating 25 years of one of the masterpieces of Studio Ghibli, Princess Mononoke (もののけ姫). Released on July 12, 1997 in Japan, and the in West two years later, it brought Studio Ghibli more popularity on the global stage. One of the most interesting aspects of this deeply nuanced animation is the interplay between the leading female characters, who act as metaphors for modernisation and the natural world.

Princess Mononoke is set historically in the Muromachi Period (approx. 1336 -1573), but like many of Ghibli’s films, fantasy and supernatural elements are plentiful. The film takes place between the Cedar Forest and the fortressed Iron Town, laying the foundation for the story’s allegory of the struggle between nature and modern man. 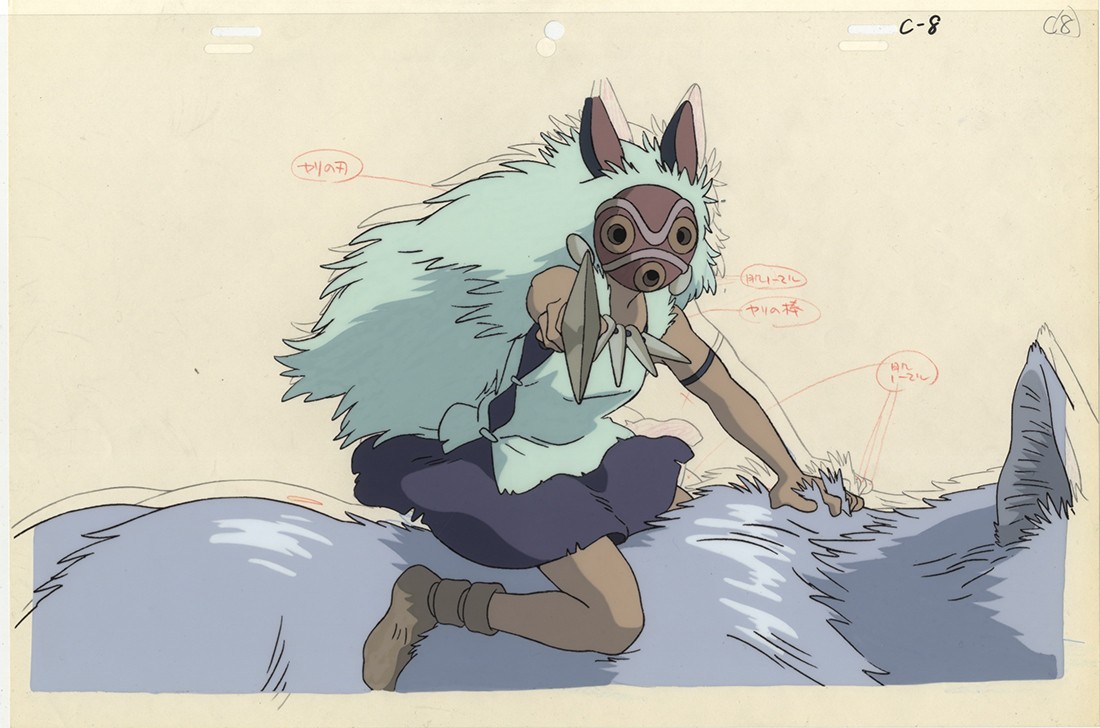 The audiences are introduced to these places through the protagonist Ashitaka, a prince of the Emishi people, an ethnic group living on the mainland of Japan. When his village is attacked by a demon spirit, Ashitaka is injured by the spirit, simultaneously giving him vast strength and a curse of imminent death. 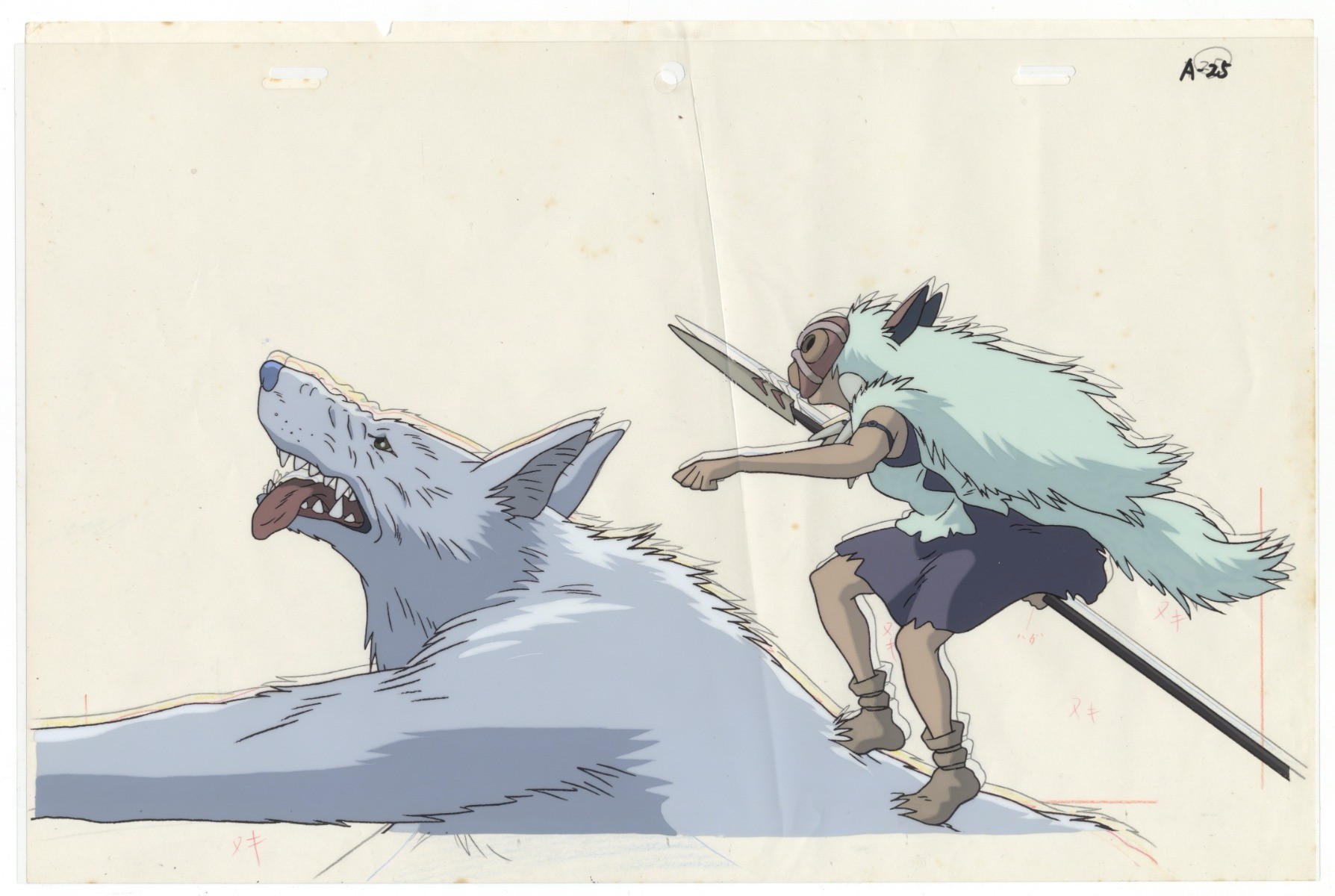 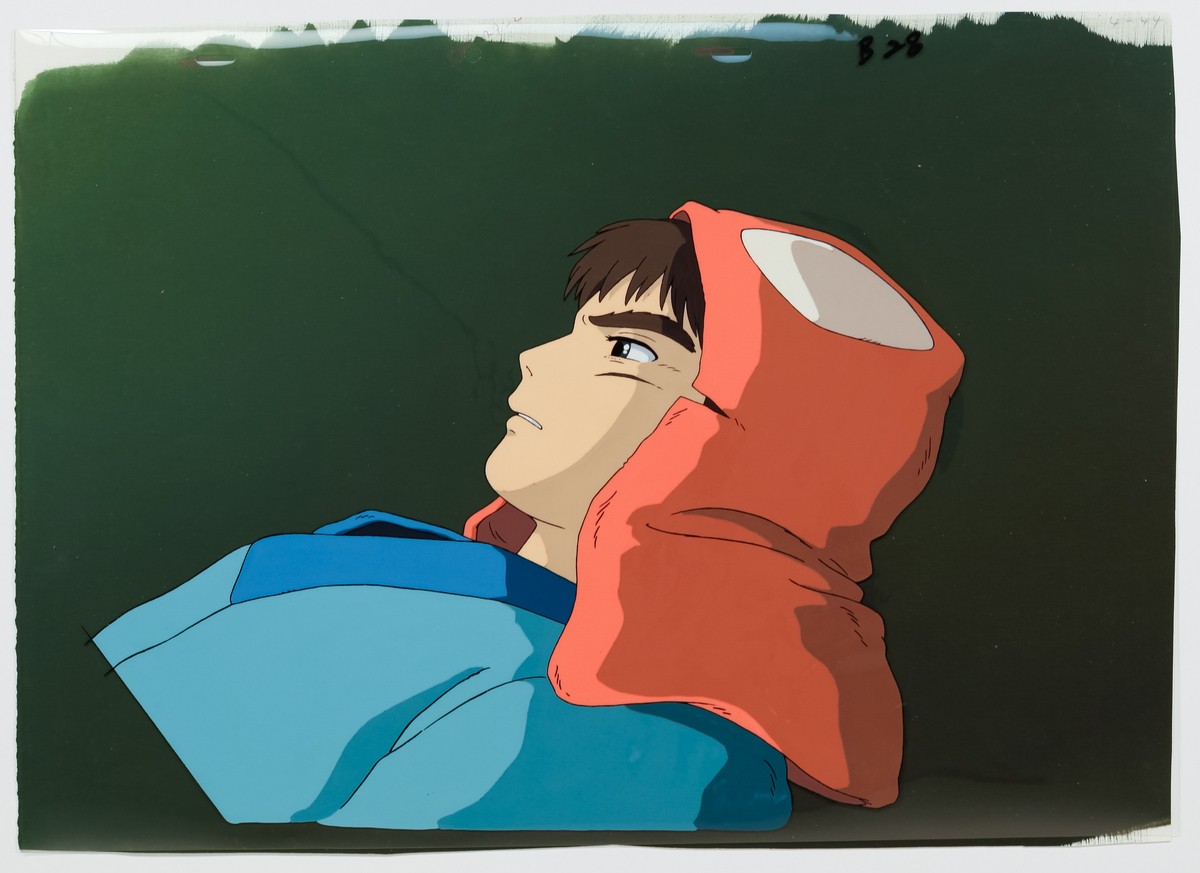 Determined to find a cure Ashitaka eventually encounters Iron Town, a place of outcasts led by Lady Eboshi. Ashitaka discovers this is a place created from clearing the forest and mining it’s materials for various firearms. He soon witnesses an attack on the town by a pack of wolves from the Cedar Forest, with a young girl riding on the back of one of them. This is San, a human girl raised by wolves. Through the film, Lady Eboshi and San are at odds, representations of the modernity and nature respectively.

Characters like these shows Miyazaki’s nuanced approach to the craft of storytelling, beyond black and white moralising. Lady Eboshi represents the modern world, with little respect for the forest except as a resource. Despite this, she has a profound sense of loyalty and compassion towards her own townspeople. She is the champion of the weak and downtrodden. Meanwhile San is a foil to this, a protector of nature at all costs, even innocent human life. Lady Eboshi later reveals to Ashitaka that San is known as Mononoke Hime. San’s hatred toward humans and her actions towards them points to the reasoning behind this name. Mononoke is not a person’s name in Japanese, but a word that encompasses all kinds of evil spirits. In folk religions and classical literature, often these spirits cause suffering, sickness and death. 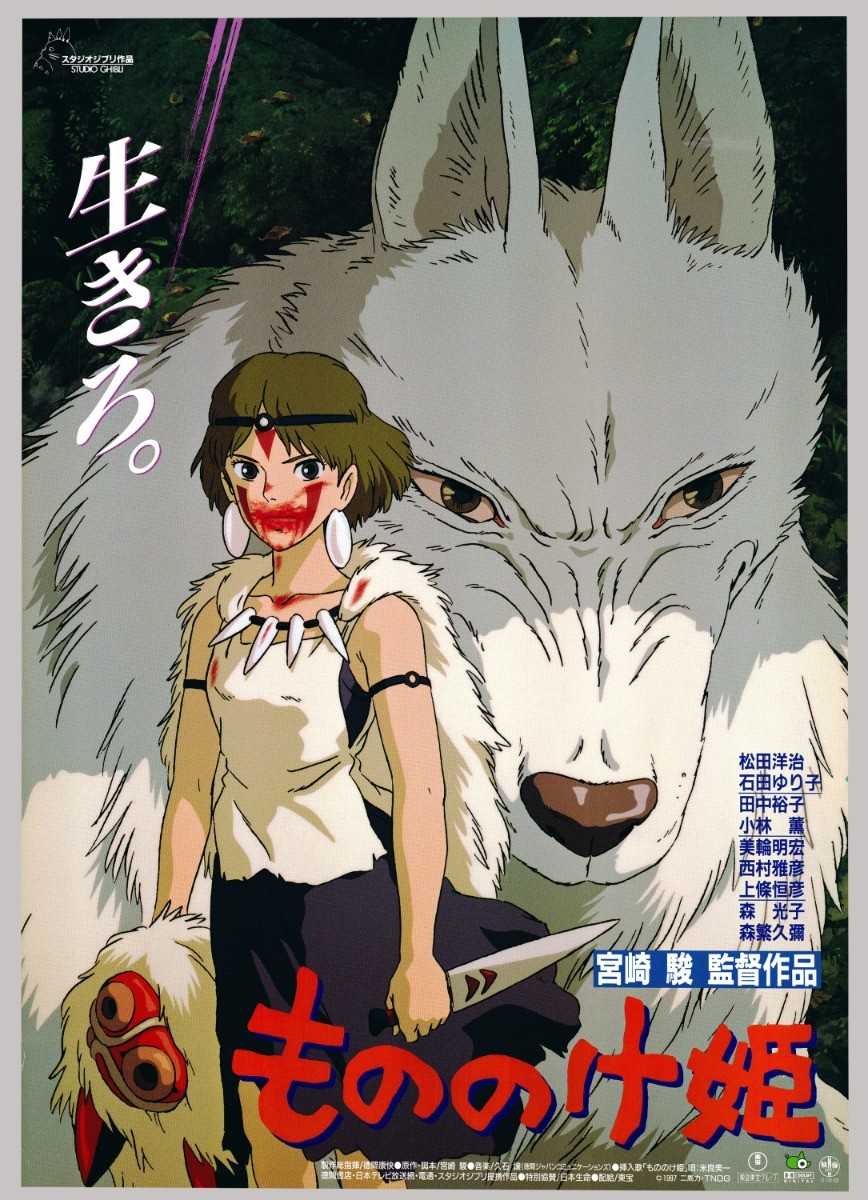 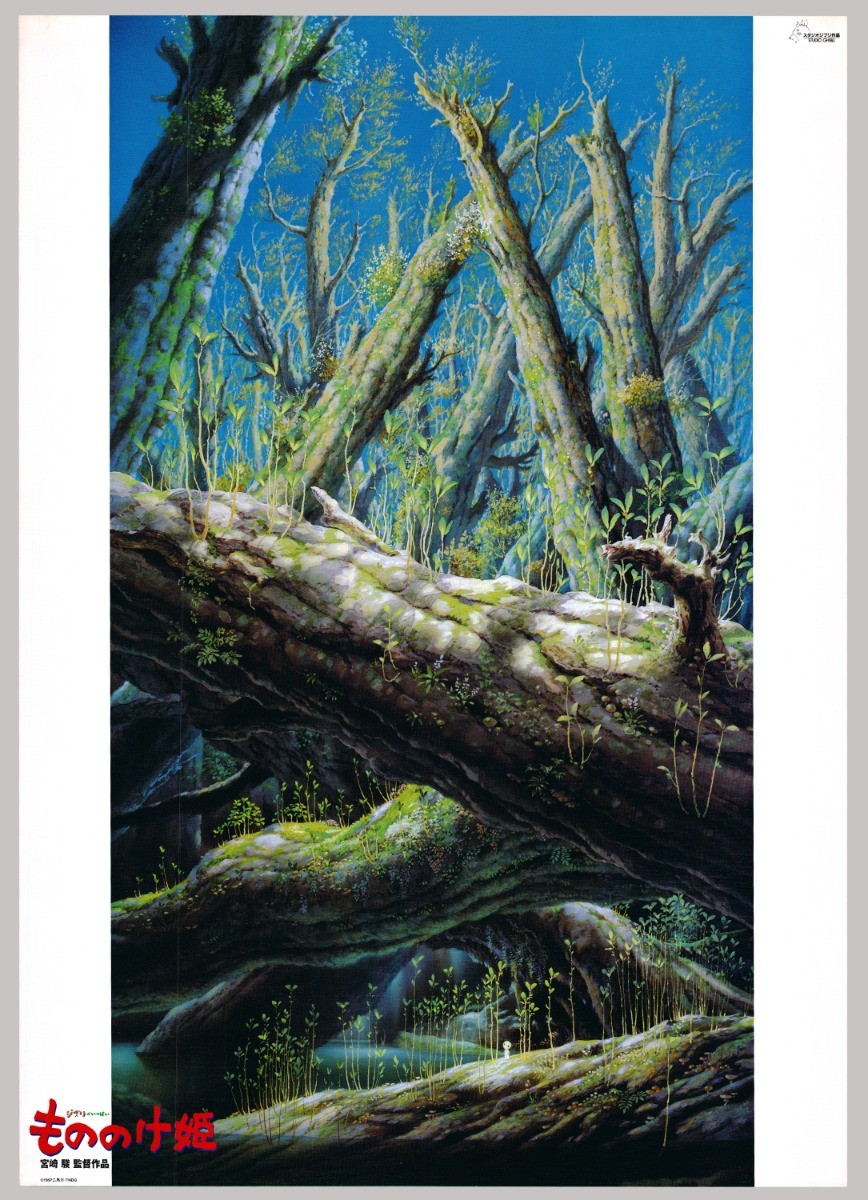 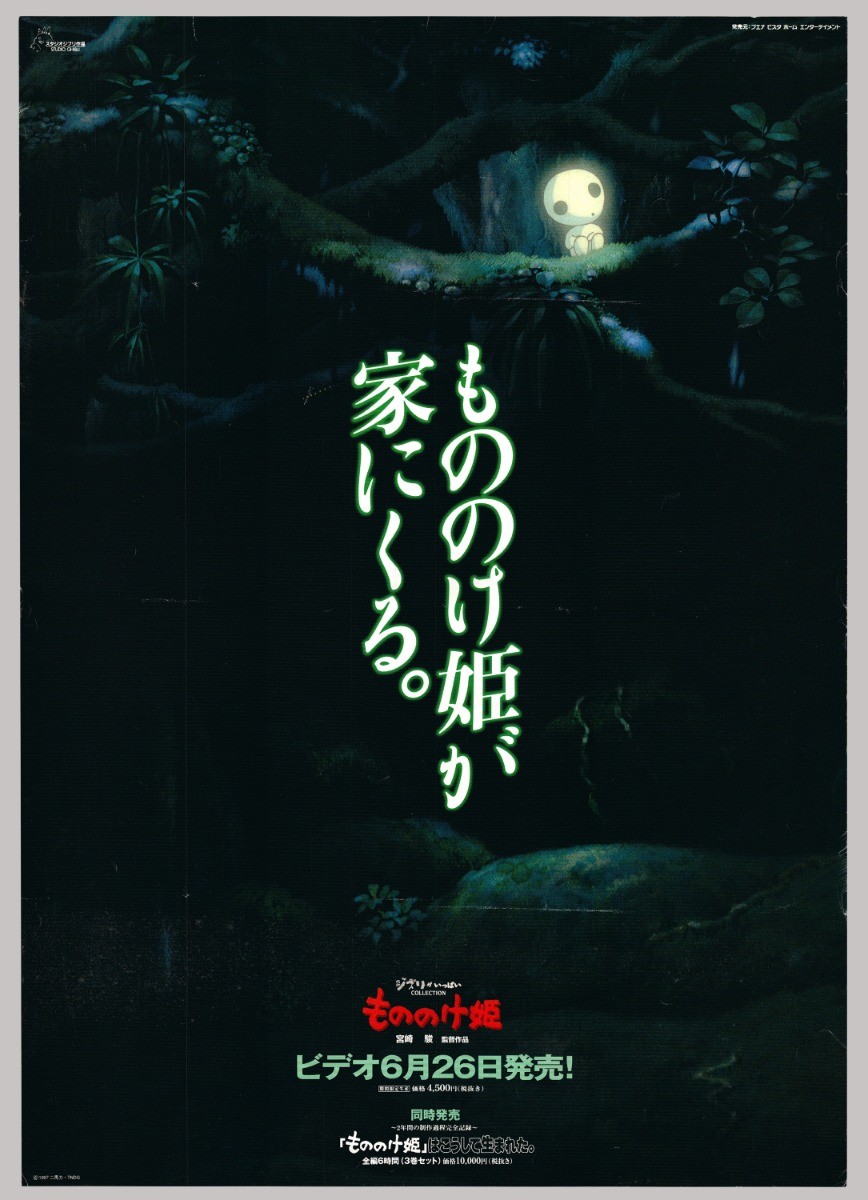 The film leaves audiences to draw their own moral conclusions. There is no distinct good or evil, and protagonist Ashitaka both stays in Iron Town to help rebuild and promises to continue visiting San in the forest. Both Iron Town and the Cedar Forest begin to regenerate, hopefully better than what had come before.

Interestingly, Princess Mononoke is Studio Ghibli’s last cel-animated film, with their next production (My Neighbours the Yamadas) becoming the first entirely digital production. Digital animation was used in about five minutes of Princess Mononoke, with many of the most striking effects in the film a result of a mixture of traditional and digital techniques. Cels from this film have a special place in anime history, a relic from Ghibli’s last days of traditional animation.