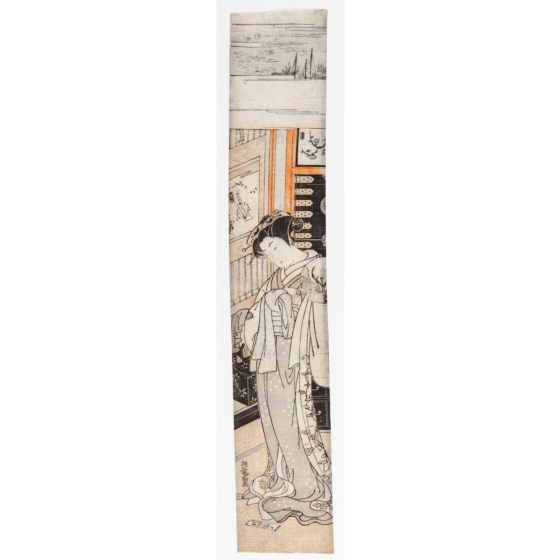 A young lady looks longingly at a discarded love letter on the floor, behind her a chest of drawers and a hanging scroll with a written poem. Although his early works include many bijin-ga influenced by Harunobu's style, by the late 1770s Koryusai was creating oban-size fashion prints in a style of his own, depicting an urbane, realistic feminine type. Characteristics of his work are an emphasis on clothes, elaborate coiffures and powerful figure-drawing. Of his 600 or so woodblock prints, most are of courtesans and actors. Of all Japanese artists, it is probably he who created the most, and the most inventive, hashira-e.