Back in the 17th and up to the 19th century, the city of Edo (today’s Tokyo) was under constant threat of fire. Closely built houses were made of highly flammable materials and the presence of candles, paper lanterns, charcoal braziers and open stoves added to the danger. Frequent earthquakes, wind and lighting completed the list of elements that could lead to disaster. The Great Meireiki Fire of 1657 caused the greatest damage to the city and shortly after, the government established the first professional fire brigades in Japan.

The high authority established the first citywide firefighting organization: the jobikeshi, or ‘regular firemen’. These groups were assigned different sections of the city and strategic locations around Edo Castle where the shogun lived. However, dozens of independent companies existed as well, which sometimes created conflicts among the competitive groups. Companies were identified by a decorative standard (matoi), which the bearer carried up onto a roof as close as possible to the fire in order to establish the company’s precedence on the scene.

Firemen were often called Edo no Hana, translated as ‘flowers of Edo’, but also referring to the spot closest to the fire, also called hana, where a representative fireman would stand with a matoi and signal the rest of his team members which direction to proceed and tackle the flames. 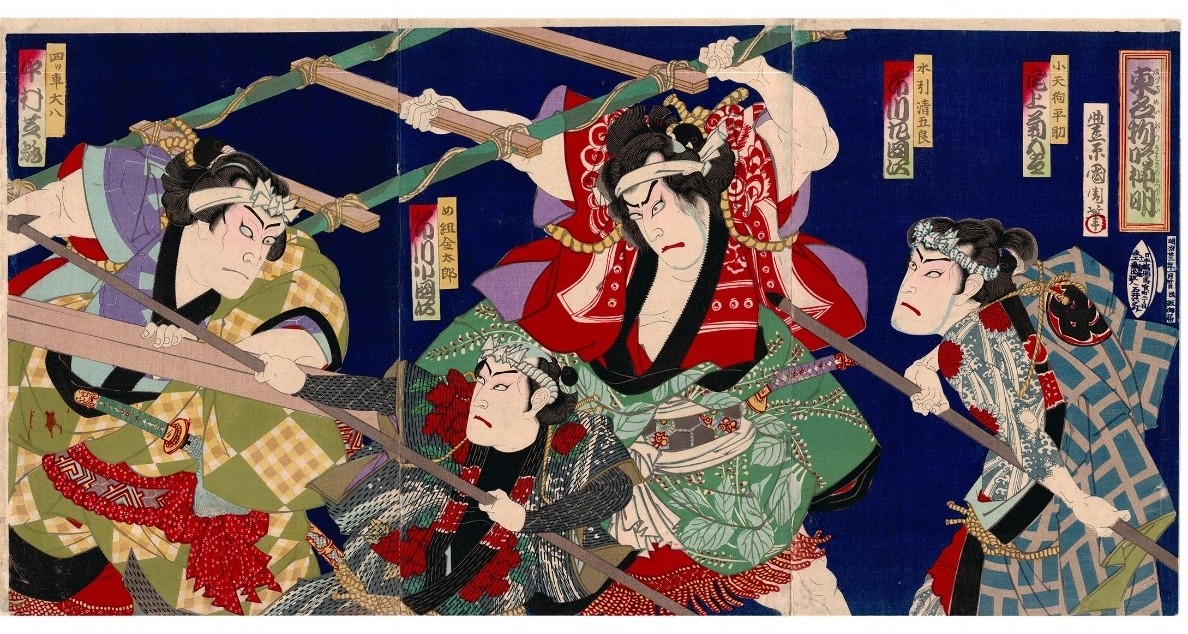 Because independent firefighters were more skilful, by the beginning of the 19th century, they had become the city’s dominant firefighting force. Drawn from the city’s guild of construction workers and roofers, the town brigade firemen (known as tobi, meaning hookmen, after their fire hooks), were more used than samurai to dangerous work in high places.

As fire was a constant source of menace and danger, firefighters were increasingly looked upon as rescuers and heroes. At the same time, firefighters themselves bashed in the glory and accentuated their image. Similar to the otokodate (street knights), firemen were often tattooed with a religious conviction that it would act as a shield against danger. Tattoos became synonymous with bravery. Enduring the pain and burning of having their entire bodies tattooed was a symbolic way of showing their defiance and their lack of fear of fire.

Given the danger, brave firefighters came from lower classes who could now prove their courage, command respect and become heroes. As some of these classes already had tattoos, voluntary or penal, the images that adorned their skin soon became symbols of their livelihood. As tattoos were seen more and more often, they became socially accepted and they became common feature and part of downtown Edo. 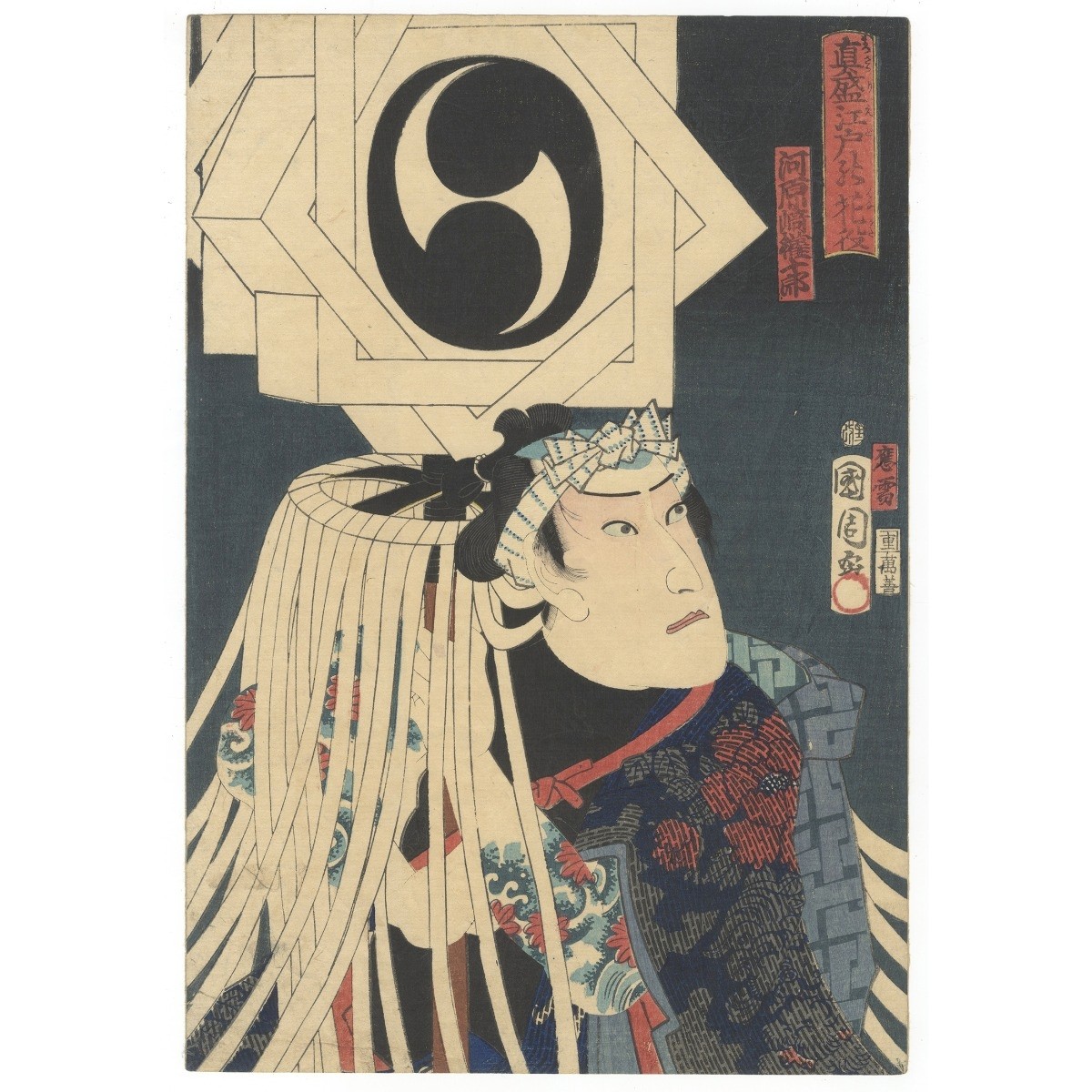 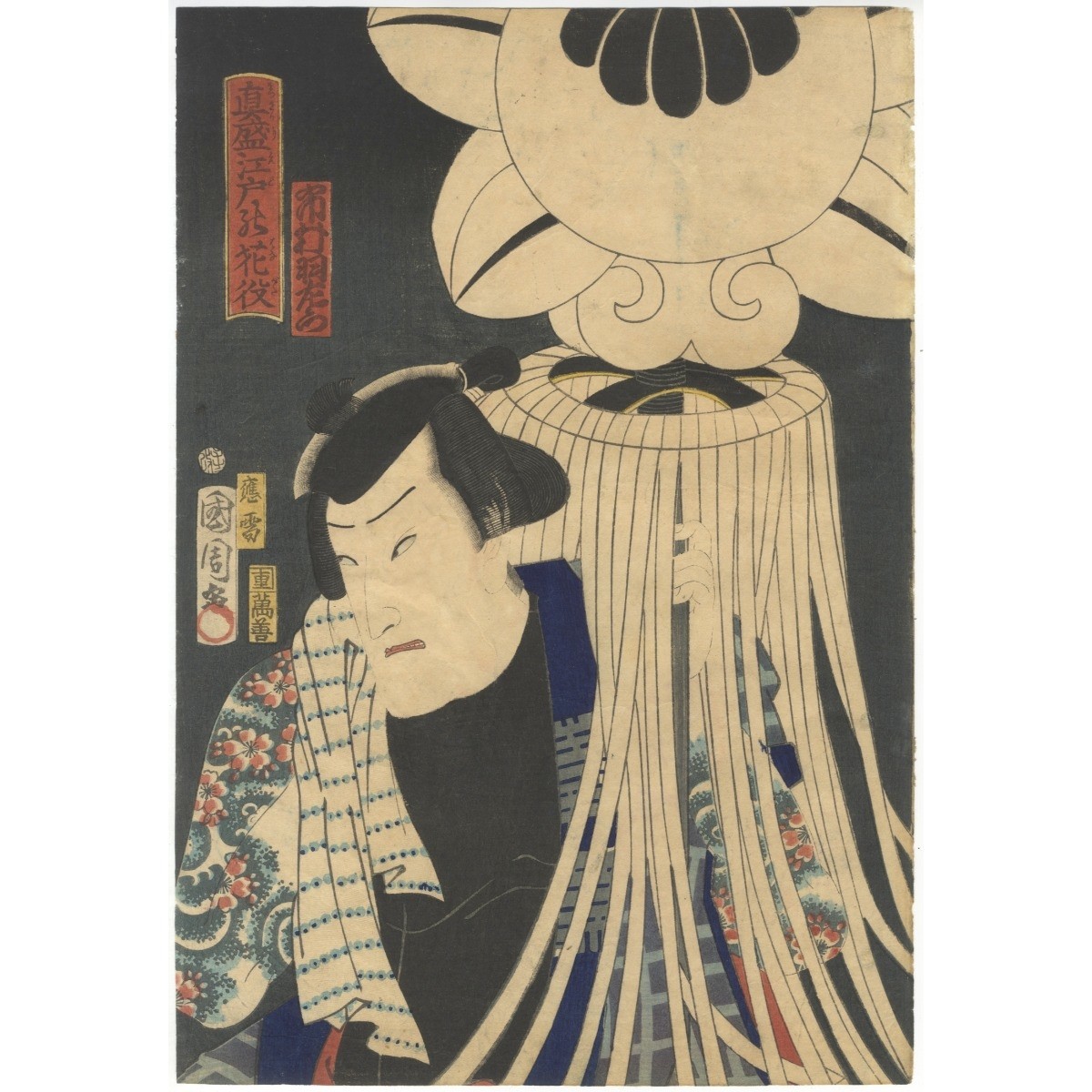 Another important and distinctive feature of firemen was the hanten, the protective coat that was usually immersed in water before being worn. These coats carried lining designs that most of the time reflected the very tattoo designs they were covering. As such, the coat acted on two levels: first it would offer the practical protection much needed when battling the flames, second it would act as psychological protection through the imagery weaved into its cloth.

Restrictive laws imposed during the Edo period prohibited the display of luxury, including expensive clothing. Wealthy merchants took to wearing plain coloured kimono on the outside, but with decorated lining underneath. This applied to firemen also, and their hanten would be beautifully decorated with mythical heroes and creatures believed to bring them luck in their dangerous profession. For festivals and other special occasions, they were worn inside out to show off the designs which resembled the tattoos they had underneath.

Dezomeshiki (New Year’s Parade of Firemen) was an annual event that saw firemen performing acrobatic tricks and balancing acts at hair-raising heights to the astonishment of the public. The festival still takes place today and with historic roots, this January entertainment draws crowds by drawing from the past. Firemen would often have themselves tattooed not only with dragons and koi fish, but also with characters associated with fire, such as Fudoo Myo, hoping this would enhance their protection in their hazardous job. Apart from that, frequent visits to the temple and offerings enhanced the tattoos’ ability to protect their wearers.

An artist who often featured tattoos in his woodblock print designs is Kunichika Toyohara (1835 – 1900). One of the last artists at the beginning of the Meiji period (1868 – 1912), he continued to make ukiyo-e prints with the full respect to the old school, traditional ways. He was of central importance for the production of actors’ portraits and pictures of theatre performances at that time. Kunichika recalls that his father was the proprietor of a public bathhouse called Oshuya, popularly known as Darumayu (‘The Daruma Bath’). A shop curtain illustrating a bobbing toy in the shape of Daruma or Bodhidharma (the founder of Zen Buddhism) hung in the doorway. Kunichika described his father as a dashing man, who was nicknamed ‘Kyuju the kappa’ because he had a kappa (a type of mythical beast) tattooed on his thigh. Kunichika was extremely fond of drinking and partaking of life’s more ephemeral pleasures. Surrounded by a tattoo culture from an early age, many of his woodblock prints show tattooed actors and firemen proudly displaying their ink.