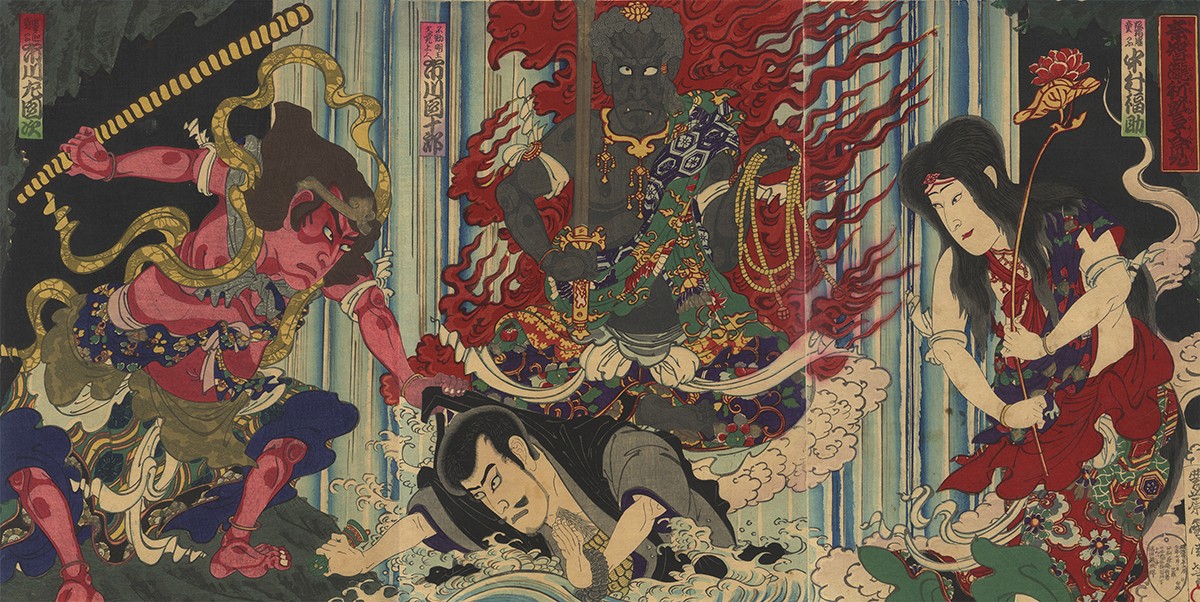 Images of water are often depicted within the tattoos of multiple cultures, whether as the ocean, seas or in other forms. Within the West these are often featured alongside ships and sea creatures. While other cultures sometimes opt to use the symbology of water in more abstract forms, a common reason being as a sort of talisman for a safe and fruitful journey.

Within the traditional tattoos of Japan, water is often used as a backdrop to the main image and plays an important role in framing the artwork. These depictions often draw from the many Japanese legends involving the theme of water with common motifs being dragons, koi carps, and waterfalls. These symbolise strength, determination and purity respectively. 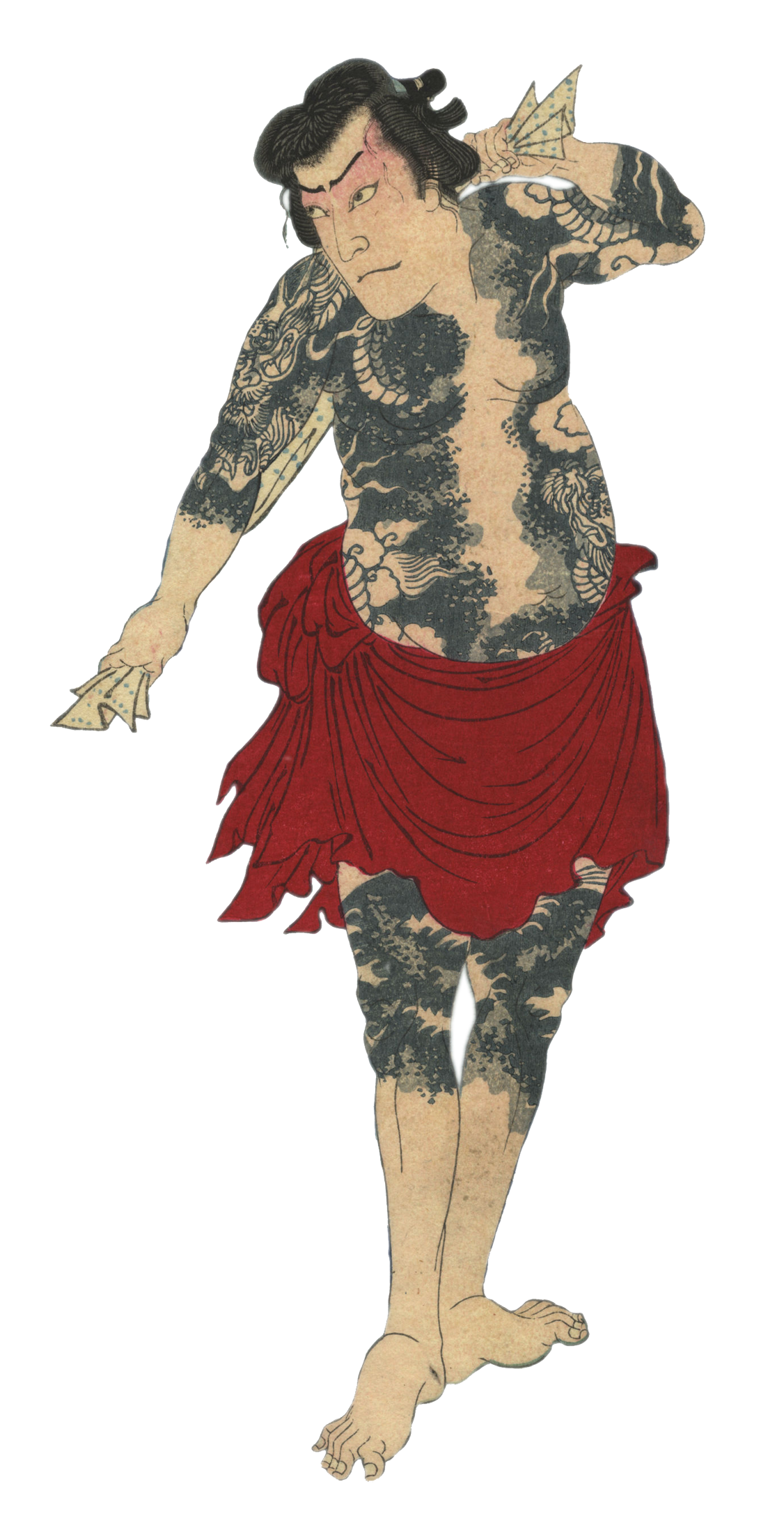 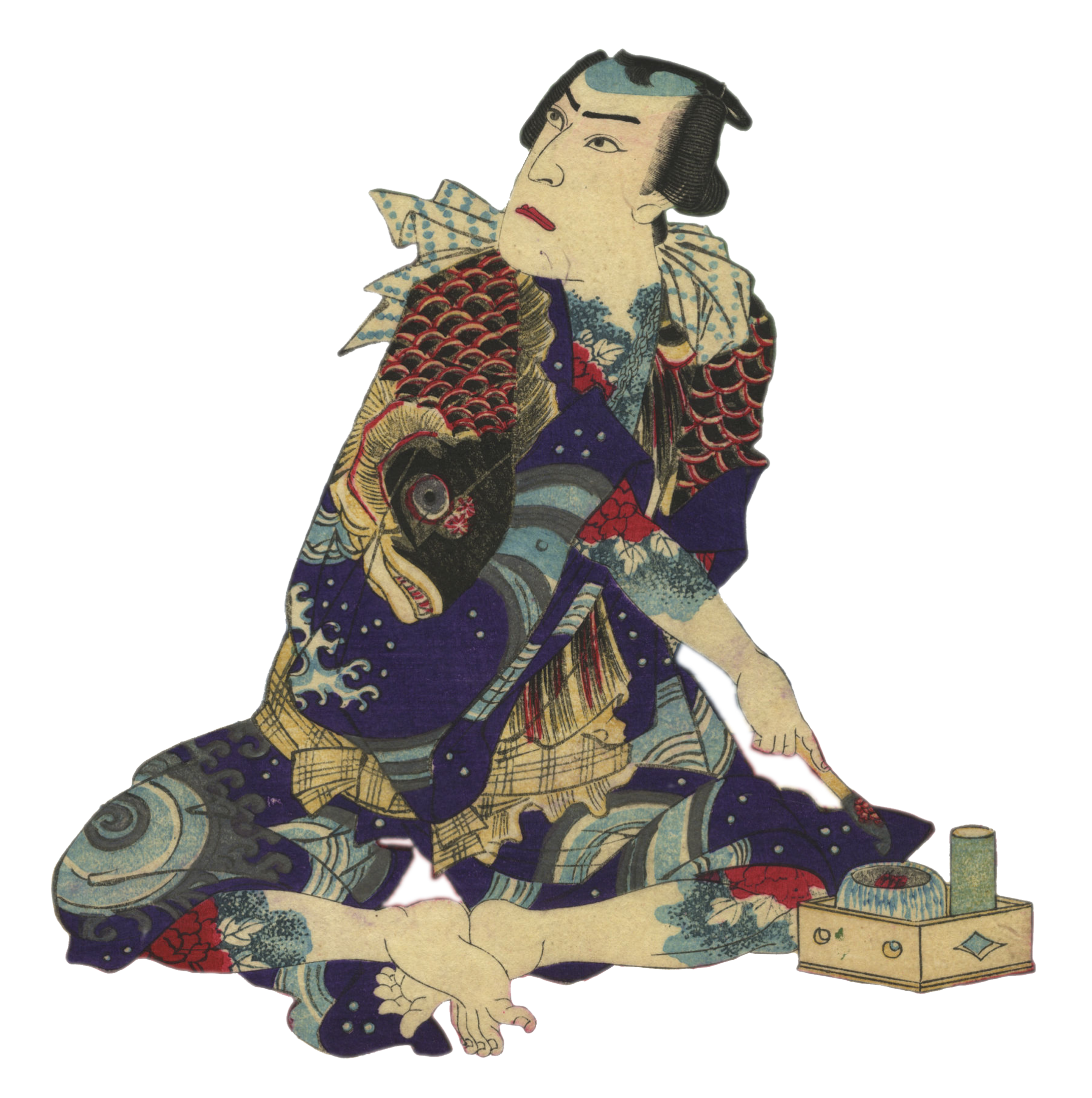 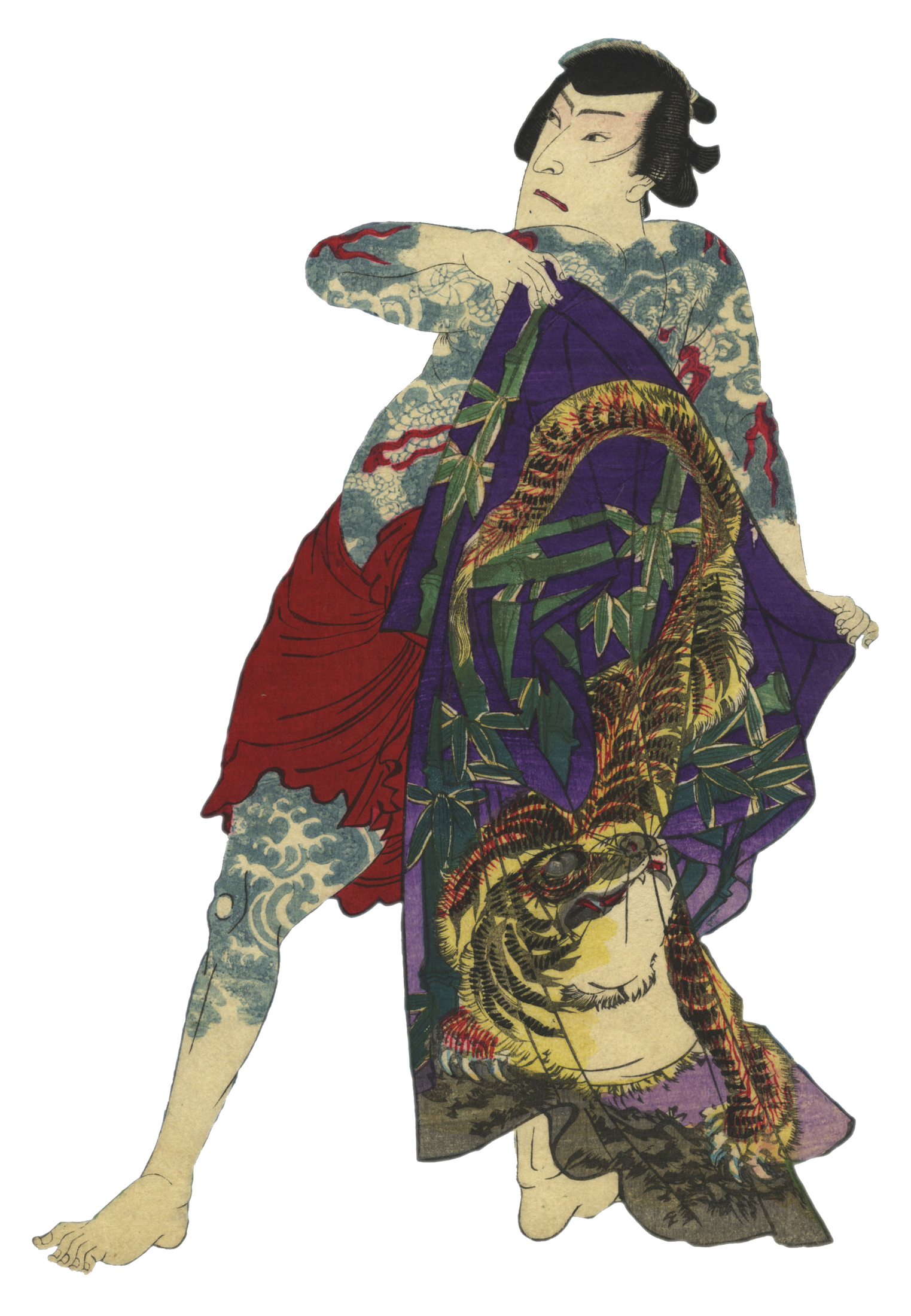 These motifs are even present in the most famous piece of Japanese art: Katsushika Hokusai’s ‘Great Wave off Kanagawa’ from the series 'Thirty-six Views of Mount Fuji, often referred to as the Hokusai Wave. When examined closely, the waves shown within the image have claw-like features similar to that of a dragon’s hand, almost suggesting that the wave itself is an embodiment of a dragon. This could be due to both waves and dragons being vicious and treacherous, so much so that one must succumb to its will rather than fight it. Using this comparison many tattoo artists take inspiration from this artwork of the crashing waves to symbolise strength. 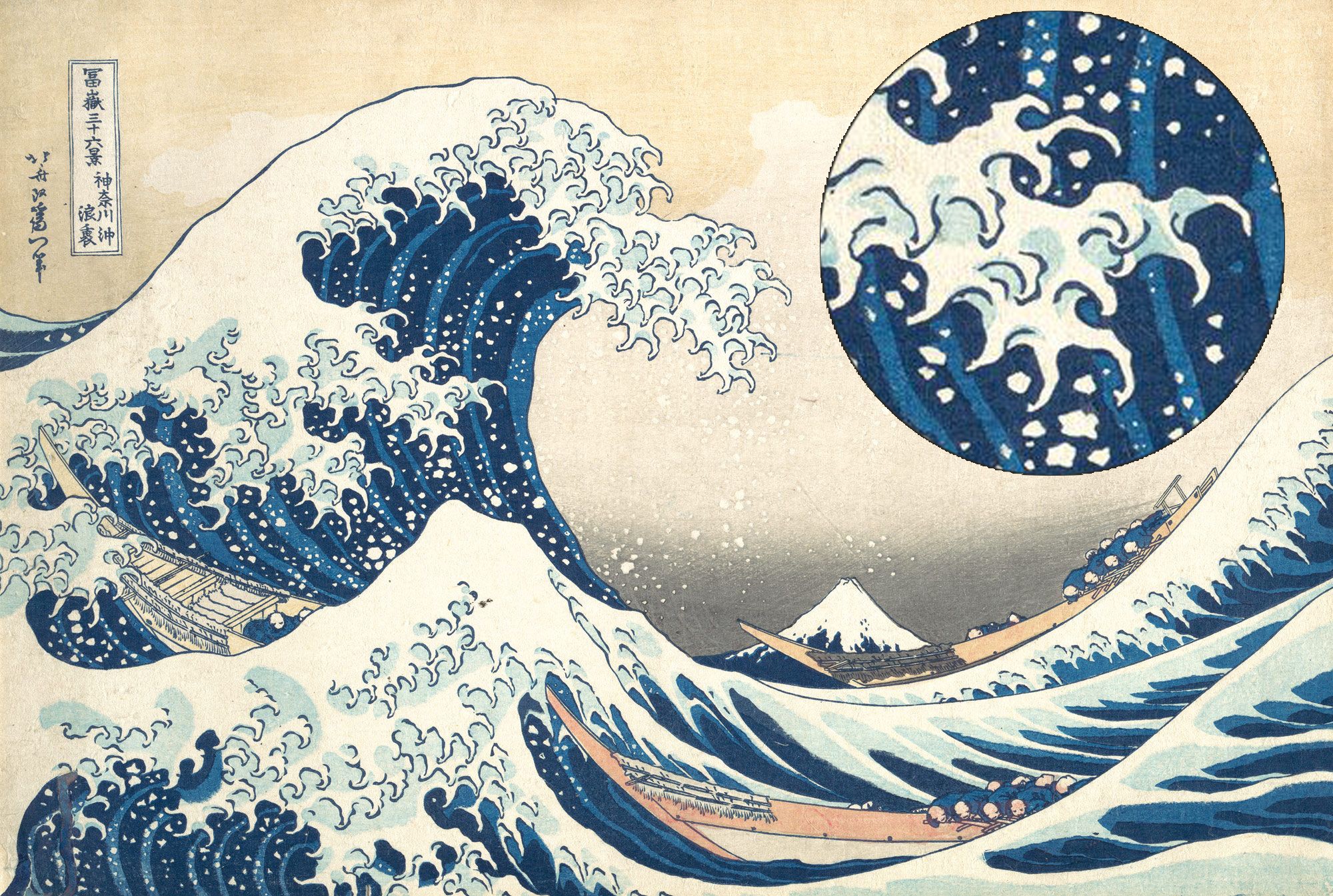 Hokusai Katsushika, The Great Wave off Kanagawa from 'Thirty-six Views of Mount Fuji' 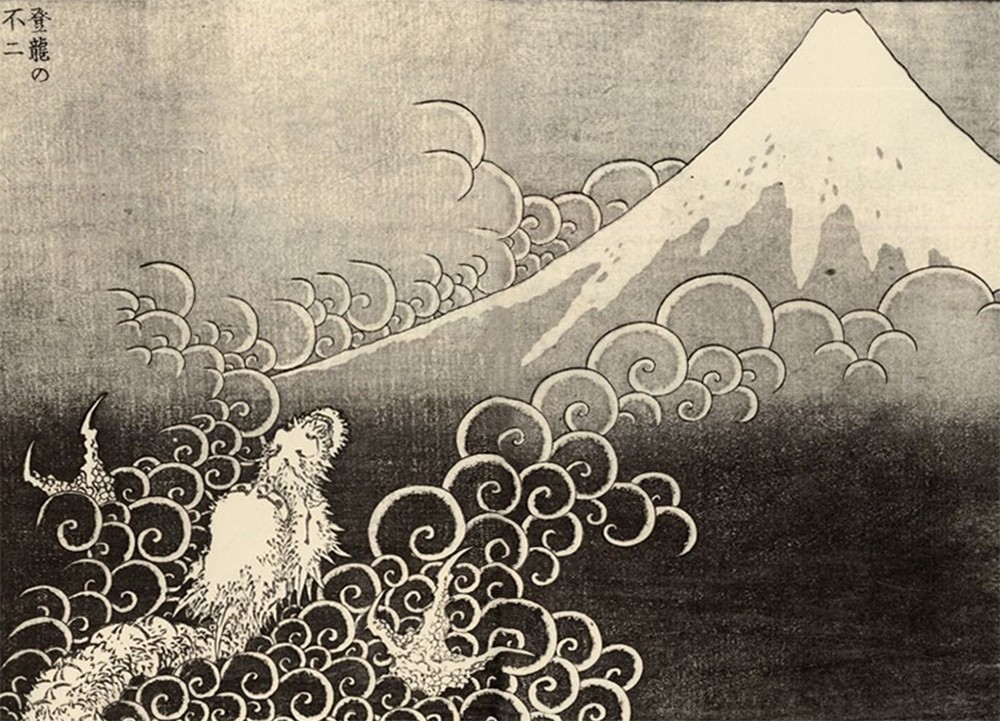 The koi carp is famous in legends for swimming up waterfalls. They do this in order to spawn, similar to salmon. The amount of effort this requires is immense, and so koi have been respected by the Japanese for centuries for their tenacity and willpower. Thus, their image in traditional artwork and tattooing is a symbol of determination reflecting their harrowing journey.

A legend that has lasted to the modern day involving waterfalls is the tale of Mongaku shonin (1139-1203), otherwise known as Monk Mongaku. It tells the story of Endo Morito, a samurai guard in 12th century Kyoto serving under the Toba Emperor, who in his late teenage years would often visit a beautiful Lady named Kesa with whom he fell in love. However, she was the wife of his sa Watanabe Wataru, and so, though Endo’s love for her grew, she would repeatedly spurn his advances. This continued until one evening when upon him once again asking if she would be his, she instead replied, “if only my husband were to pass away...”. That very night, Endo crept into her house and thrust his sword into the bed of Watanabe Wataru. However, as he pulled back the cover he found Lady Kesa dead instead, as she had sacrificed herself for the honour of her family.

In his grief, Endo relinquished his status and name as a samurai, choosing to become the Monk Mongaku, and travelled to the waterfall called ‘Nachi no Taki’ in Kumano, now Wakayama prefecture. He sat under the waterfall during the freezing winter, and recited incantations to Fudo Myoo, a Buddhist deity said to offer salvation. On the 21st day, as he neared death from the harsh conditions, two of Fudo Myoo’s retainers, Kongara and Seitaka, came to save Mongaku so that he could complete the full three weeks of repentance and austerity to Lady Kesa. Afterwards, he would often frequent the waterfall to pray while spending his life in isolation. Many years later, Mongaku became an adviser to Minamoto no Yoritomo in order to help him set up a new government based in Kamakura, current day Kanagawa prefecture, with the goal of eradicating corruption. Thus the waterfall traditionally symbolises purity, like how it cleanses Monk Mongaku's soul of his past transgressions.

The cleansing power of water also plays an important role for the traditional tattoo artists of Japan, who would often visit a temple, shrine, or waterfall and rinse themselves under the water to purify their spirit before undertaking a new piece. The Oyama pilgrimage, in modern day Kanagawa prefecture, is famous for this tradition amongst tattoo aficionados, where those that take it will stand under the waterfall to cleanse their mind, body and spirit. This particular tradition has been a part of Japanese culture for centuries with multiple woodblock print artists immortalising this particular journey of purification. 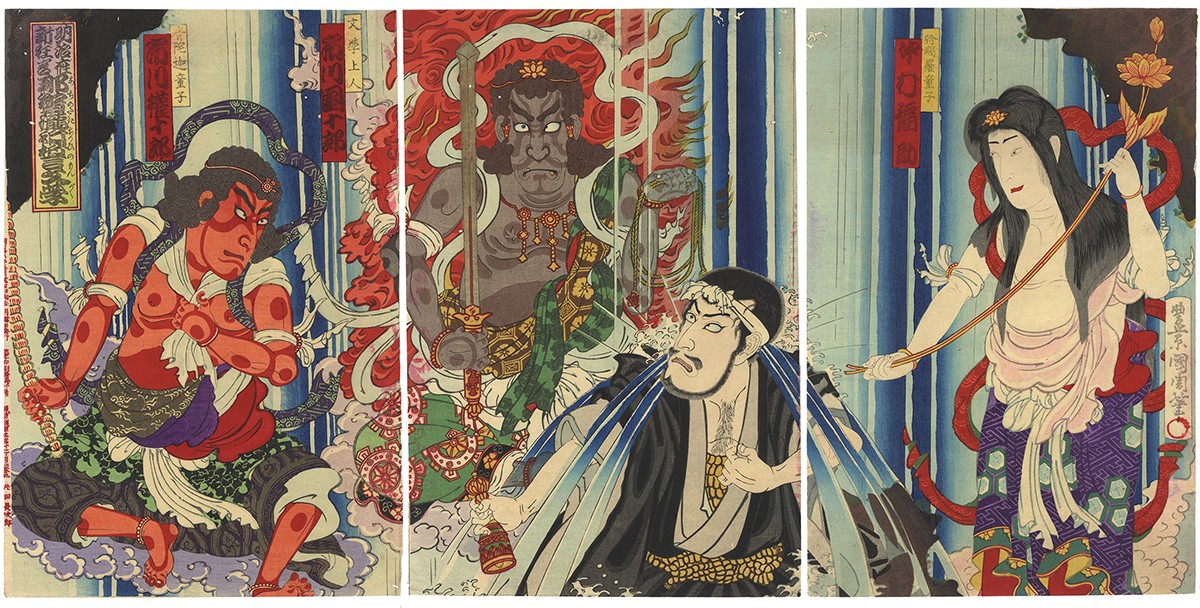 For those that have, or are considering, a traditional Japanese tattoo of a crashing wave, waterfall, or any other motif of water, keep in mind that the water itself carries meanings that enhance the beauty of the artwork. These remind us that water is necessary for life and to do our upmost to live with strength, determination, and purity.