Hamada Shōji was a prolific Mingei folk craft potter of the 20th century. His laidback forms and energetic decorations disguise a master of ceramics, whose skill and vision shaped studio pottery throughout the previous century and into the present day. While his shapes are precisely controlled and patterns visually complex, his work appears as if produced during a moment of creative epiphany. Any potter will understand the skill it takes to create something as effortless and exquisitely balanced as any piece within Hamada’s vast repertoire. 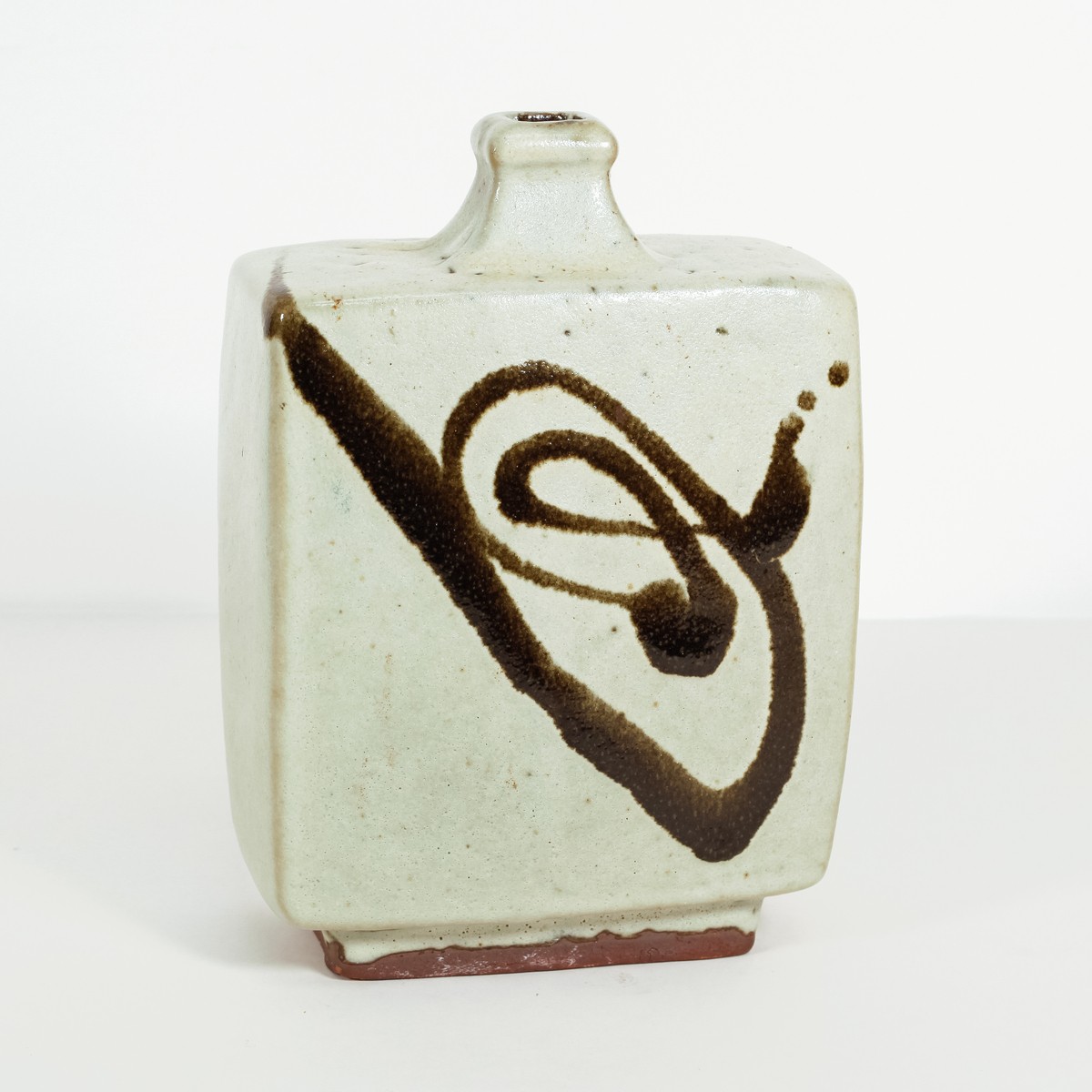 Hamada went to Tokyo Technical college in 1913, where he trained in ceramics with fellow Mingei artist Kawai Kanjirō. The pair later worked together at Kyoto Municipal Ceramic Laboratory, where he also met the art theorist Yanagi Sōetsu and artist Tomimoto Kenkichi during trips to kilns and exhibitions in the city. This group would go on to form the influential philosophy of Mingei theory, which was deeply inspired by Korean pottery and methods.

During his studies, Hamada began noticing works by English artist Bernard Leach. When Leach visited Tokyo in 1919 to show his prints and pottery, the two began a lifelong friendship.

The year following their first meeting, despite have multiple job offerings, Hamada accepted Leach’s offer to come to England and establish a kiln together. This would become the famous Leach Pottery in St. Ives, where Hamada oversaw the constructions of the first noborigama (climbing kiln) in the West. After this initial three year stay, Hamada’s link to the UK continued to be deeply rooted, coming back repeatedly to exhibit his work over the course of his life. 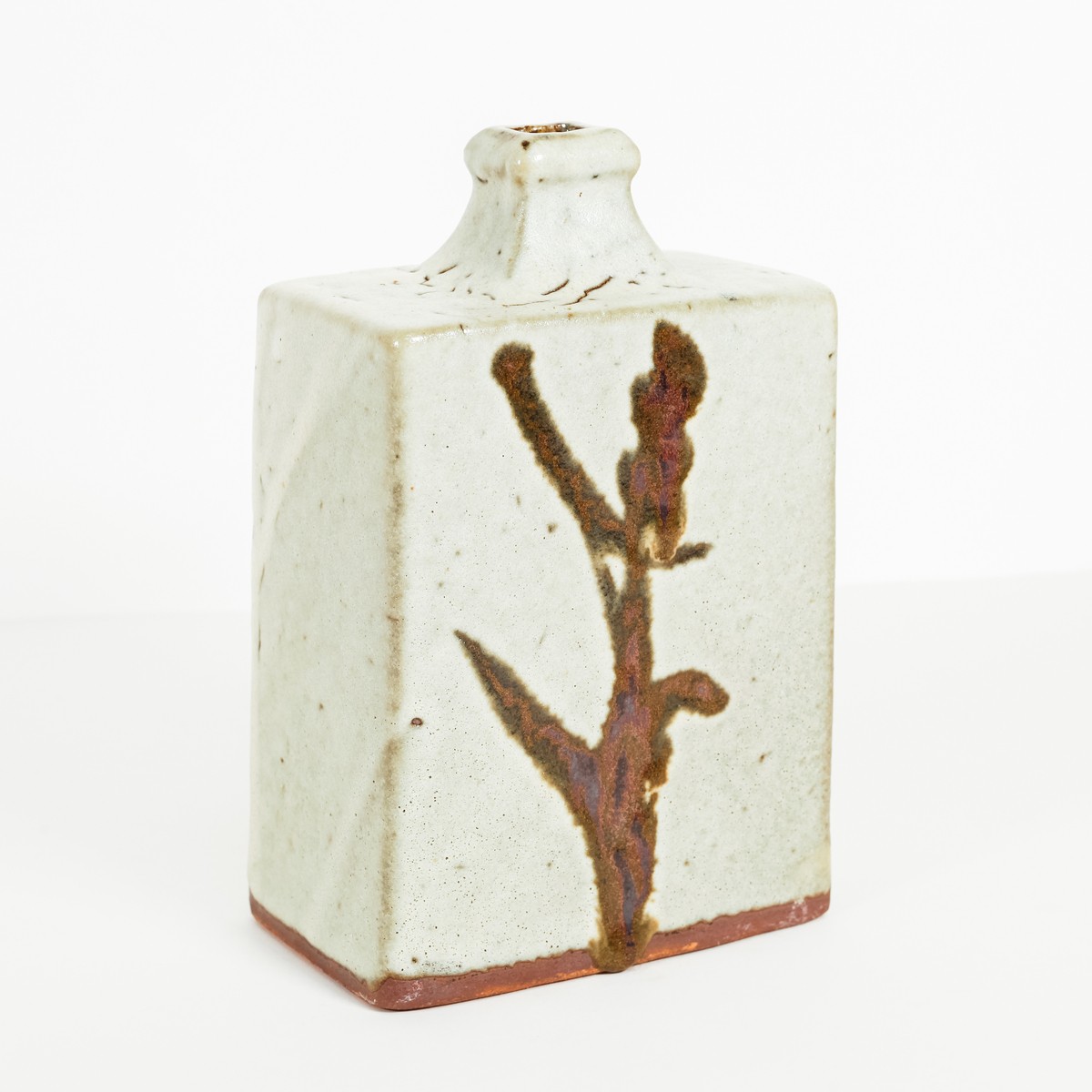 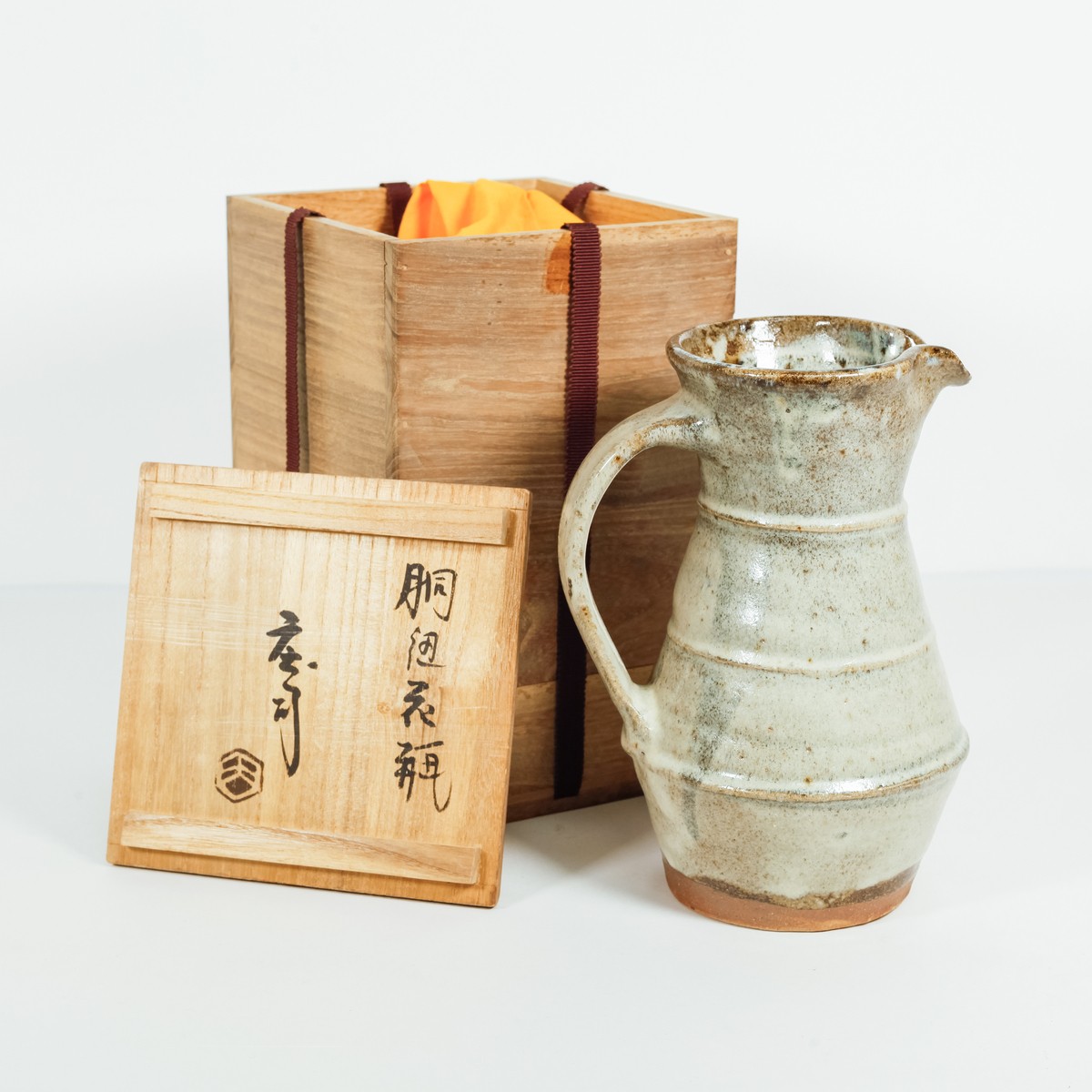 In 1931, inspired by the artists and people he met in the UK, he moved to Mashiko, Tochigi prefecture. His aim was to set up a new pottery in this town once known for its ceramic production. However, the well-educated and urban Hamada was not received with open arms. Hamada and his vision were unaccepted, until he was taken on as an apprentice by a local potter. Slowly, Hamada integrated and became an essential part of the community, one that he remained in for the rest of his life. Over the following 50 years, Mashiko developed into one of the epicentres of Mingei pottery. Hamada hired many apprentices, who sold their work through the workshops. The town would be abuzz during the critical kiln firing periods, which would last several days. Hamada never signed his work, but unlike the apprentices, his vessels would be boxed. Hamada believed that a pot’s personality should be the identifying feature, not name alone. 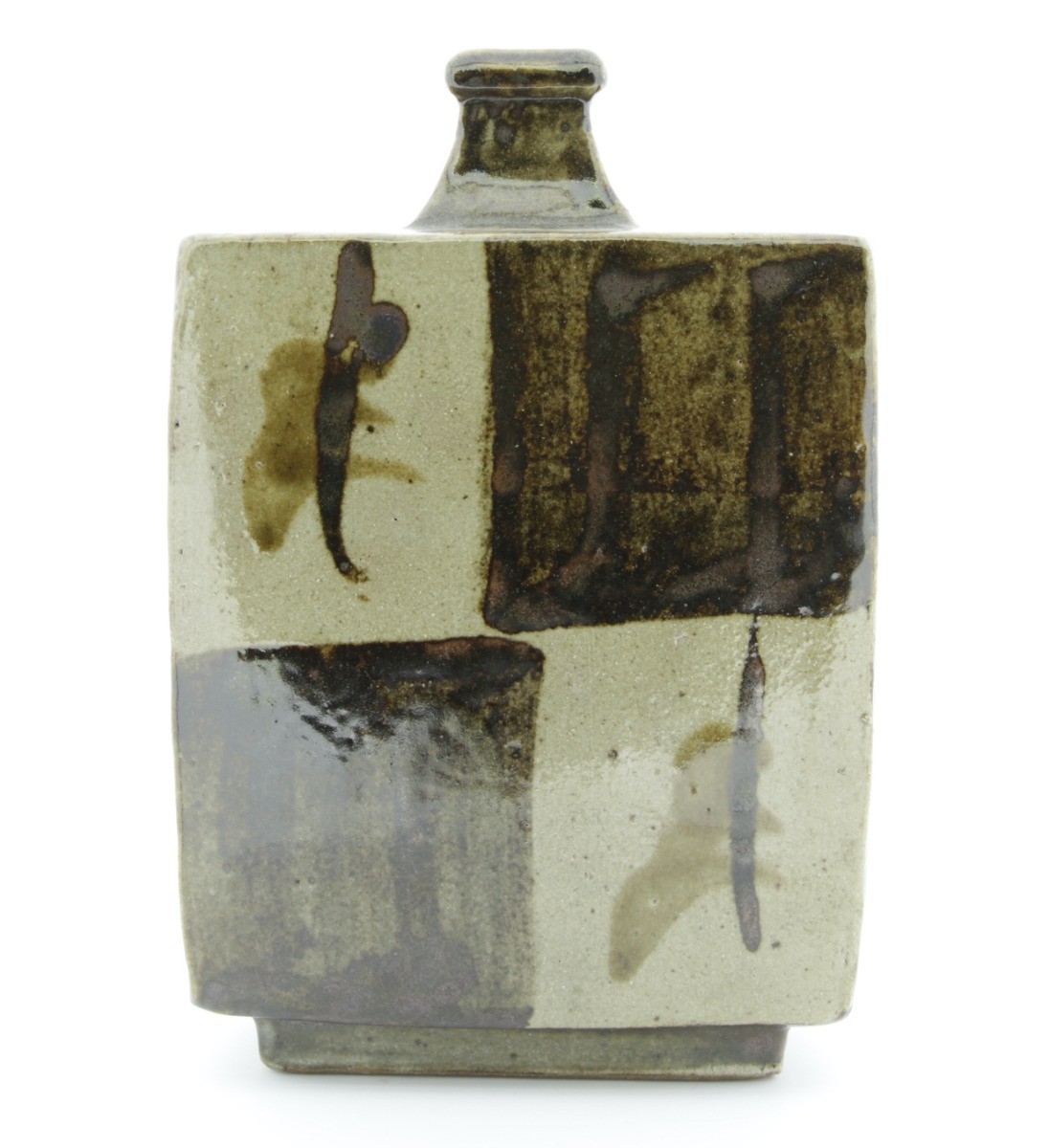 Despite Hamada’s humble nature, his work gained international renown, taking him across the world to exhibit and demonstrate his skills. During a coast to coast tour of the US in 1952-3 with Leach and Yanagi, the three found their natural roles within the lectures and workshops they held. Hamada was the ‘doer’. Unlike his two companions, Hamada was a man of few words, silently throwing vessels and demonstrating a deftness of hand that allowed him to throw and assemble a teapot with minutes.

Despite his good grasp of English, he would only speak in Japanese. During their time at the prestigious Black Mountain School “Students seemed to prefer ‘recipes, tricks and dodges’ over serious discussion about pots and pottery making. As a way of demystifying their approach, Hamada explained how attractive stoneware glazes could be made from combinations of rock and wood ash, and demonstrated how bundles of grass could be bound to make useful brushes”.[1]

In 1955, he was designated a National Living Treasure by the Japanese government, his fate as sealed as one of the most significant potters of the 20th Century. His distinctive style using only locally sourced materials is unmissable. His abstract decorations are often painted in iron pigments. They are expressive, playful and unassuming. Currently here at the gallery, we have several Hamada pieces for sale and on display. They bring a quiet beauty and are a joy to see every day.