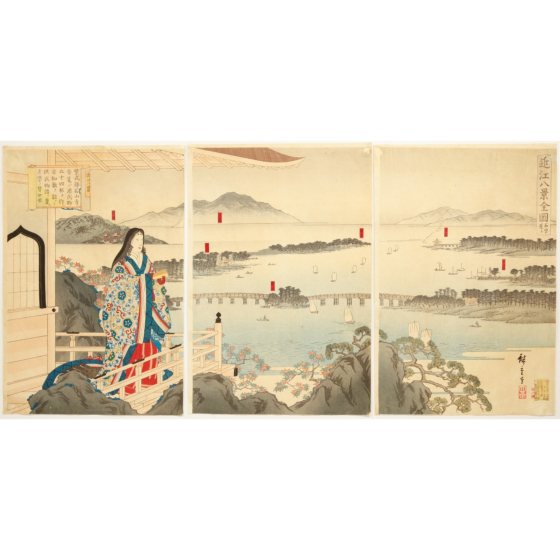 Born Goto Torakichi, he was given the artistic name Shigemasa. In 1867, after Hiroshige II, a fellow pupil of the original Hiroshige, divorced the master's daughter Otatsu, Goto married her and initially took on the name Hiroshige II as well, but by 1869 he began calling himself Hiroshige III.