Kiyochika Kobayashi, Night Attack by Japanese Army against the Chinese Camp at Pyongyang 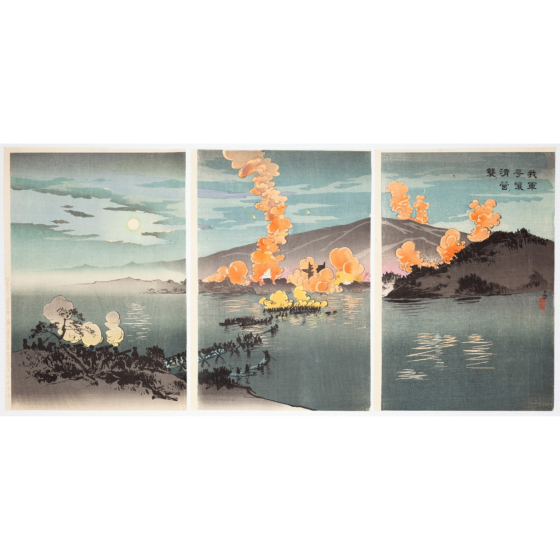