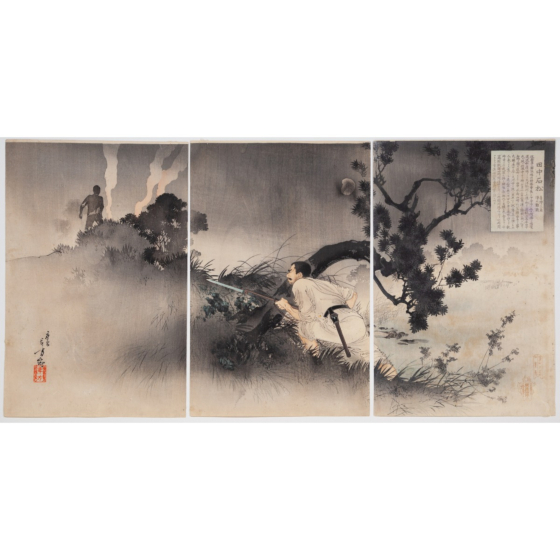 Toshikata's position in the history of Japanese print is an interesting one - a kind of bridge between traditional ukiyo-e and modern Japanese print. He was one of the best students of Yoshitoshi, who succeeded in blending the traditional ukiyo-e style with Western realism. Toshikata later became the teacher of Kaburagi Kiyokata, who was to become the teacher of Ito Shinsui, Kawase Hasui and Kasamatsu Shiro, the artists who would lead the Shin Hanga (New Print) movement - the renaissance of Japanese woodblock print.