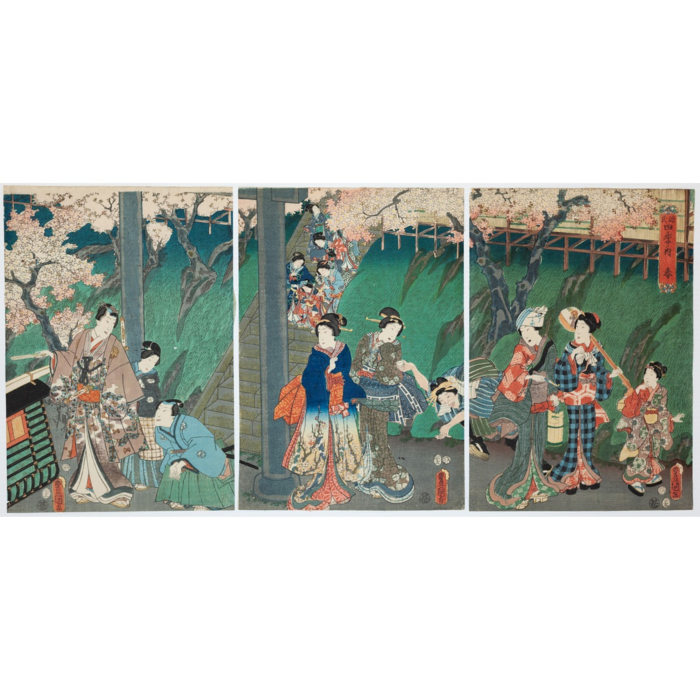 ‘The Tale of Genji’ (Genji Monogatari) is a full-length Japanese novel written by Murasaki Shikibu, a talented aristocratic female poet from the Fujiwara clan in the middle of the Heian era (794 to 1185). Consisting of 54 chapters in trilogy, it is a biographical tale of the main character Prince Genji and his descendants after his death, which continues for 70 years, with 500 castings and more or less 800 poems. It recounted Prince Genji’s involvement with ladies of the court, but it was more than just a romantic love story of high society. It was a psychological insight into the principals of human life, being read by enlightened and educated nobles in the Imperial Court. ‘The Tale of Genji’ is now considered to be a Japanese classic masterpiece and one of the most influential work of literature in history. It has also been translated in numerous foreign languages since.

In the Edo period (1603-1868), ‘The Tale of Genji’ was imagined and reimagined countless times. In both archaic and contemporary forms, the story had been relocated from the old capital of Kyoto to the new audience Edo. A key proponent to the reinvigoration of this classic tale was the extremely popular serialisation of Ryutei Tanehiko's (1783-1842) illustrated book ‘False Murasaki and a Rural Genji’, a loose adaptation that interwove contemporary culture to the original plot. The text of Tanehiko’s Genji was illustrated by renowned artist Kunisada and the series achieved enormous commercial success, giving birth to a whole new genre in the world of woodblock prints: genji-e (pictures of Genji).