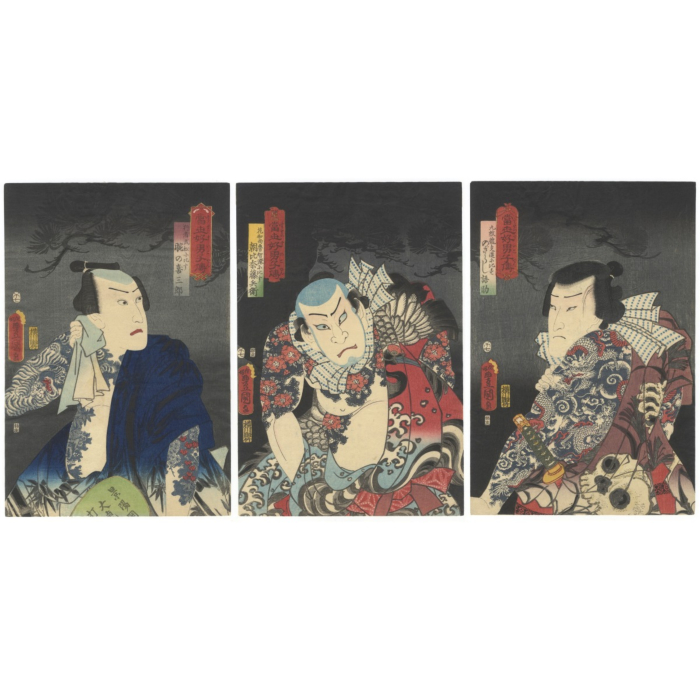 The samurai class of Edo Period had yet to adjust to the daily routine of peacetime and grew frustrated with the loss of status and usefulness. Bored and idle, they frequently cased trouble in towns and were involved in street fights and robbery. At the same time, the commoner otokodate (street knights) were gaining confidence in their strength among the merchants and they were employed by clerks, shopkeepers, innkeepers, and artisans for protection. The samurai and the otokodate were thus natural rivals, and as each group banded together into teams under leaders, fierce and bloody clashes broke out frequently.

The otokodate were one of the main groups to adopt tattoos as a recognisable feature and they were idealised and romanticised in ukiyo-e and kabuki dramas. This triptych is from a set of three, each showing actors posing against a background of trees at night: pine, bamboo, and plum, the ‘Three Friends of Winter’ in the Chinese ink painting tradition. Kunisada shows the actors in the roles of characters from a popular novel at that time, Suikoden (Water Margin). The actors are depicted with striking tattoos on their bodies, in true ‘otokodate’ fashion.