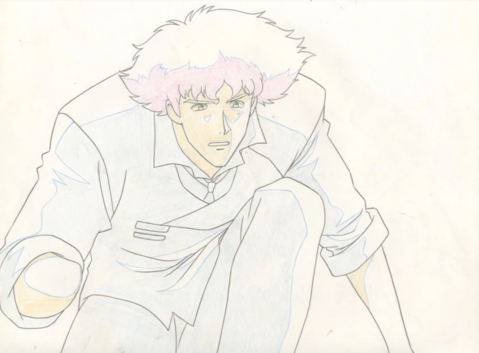 Anime may seem like an unlikely contributor to the jazz scene. However, the inclusion of jazz in multiple series and features tells a different narrative. Particularly in its relation to the sci-fi genre, there is a notable connection between anime and its use of jazz both as soundtrack and aesthetic. Perhaps there is something that resonates in the chaotic freedom of jazz and the dystopian worlds depicted in the future.

At any rate, Japan’s appreciation of jazz is nothing new. Jazz in Japan rooted itself in the 1920s, sounding in the entertainment districts of cities like Osaka and Kobe. However, the music was not simply adopted by Japan. Even the opening of the jazzu kiss, jazz cafe, took jazz from its raw and live context and reimagined it into a cafe of ardent silent listeners. Over the 20th and 21st century, Japan has been fostering of its own great jazz artists (Toshiko Akiyoshi, Hiromi Uehara and Ryo Fukui being some of many).

This appreciation makes it seem somewhat natural that jazz would find its way into anime, and is probably best illustrated by Shinichi Watanabe’s Kids on the Slope. However today I would like to talk about a few different anime whose soundtracks stand alone in the jazz repertoire. 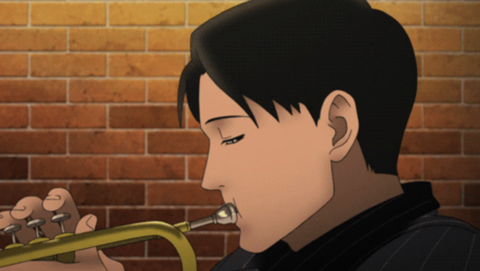 Of course, this blog could not be posted without the mention of Cowboy Bebop. The series is only one of Shinichiro Watanabe and Yoko Kanno’s collaborations which includes a heavily jazz based score. Yoko Kanno has been prolific in her compositional output, transcending genre boundaries creating music that can be unpredictable and always unique. Even the very title name is indicative of its jazz nature, and frenetic action scenes are full of jazz swing. The series follows a group of bounty hunters from different walks of life who awkwardly band together in a mishmash of personalities. The series is more or less episodic, taking us to different ends of a future universe. The tendency for anime set in the future to use jazz music, gives a feel of being modern but also decaying decrepit, side street feel particularly notable in the economically deprived areas on the outskirts of Earth.
Cowboy Bebop OST 1 - Rush

Metropolis
Rintaro feature length film Metropolis was born from two adaptations of Fritz Lang’s seminal work of the same title in 1927. This later inspired the 1949 manga by Osamu Tezuka which would in turn be taken on by Rintaro. Each interpretation has brought new examinations of the social concerns of the time, from Lang’s post world war socialist commentary, and Tezuka’s reflection on the frenetic pace of Japan’s postwar restructuring under American occupation. Rintaro, however, presents a world under complete dominance by an advanced western power, delegating Japan as a country still in its early days of modern development.
Shunsaku Ban and his nephew Kenichi who have arrived in Metropolis in order to investigate a scientist who is under suspicion for organ trafficking, and find themselves meeting Tima, a cyborg who is uncannily human-like. The further they explore Metropolis the more intertwined they find themselves in its turbulent political situation.The colourful lower levels of the city of Metropolis is marked with a Dixieland jazz soundtrack, whereas orchestral music is used to represent the grey urban sprawl of the city’s state dominated upper levels. Although not strictly jazz (but albeit influenced by it) the use of Ray Charles’ soulful ‘I Can’t Stop Loving You’ in the last scene that is one of the most powerful uses of music in the feature.


Gundam
The use of jazz in Gundam may be somewhat surprising or refreshing. The tendency toward dissonant harmony in the track from Io Flemming’s theme in the new installment of the Gundam series Thunderbolt could be compared to Charles Mingus’s style, and stands in somewhat juxtaposition to the grand scale of the Gundam series. Aired in 2016, perhaps this shows something about the “coolness” of jazz that persists in our imaginations that creates a feeling of awe when we are watching action scenes of the One Year War occurring simultaneously with the Mobile Suit Gundam series. 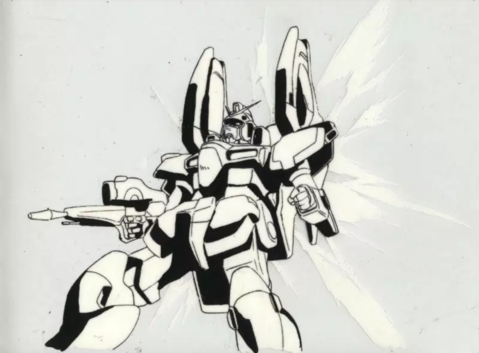 From the great depression inspired sound and mis en scene of Metropolis, to the dissonant wails of Gundam Thunderbolt, anime and jazz history shouldn’t be overlooked. Buried in the thousands of anime productions reside some jazz gems that are ready to be enjoyed!