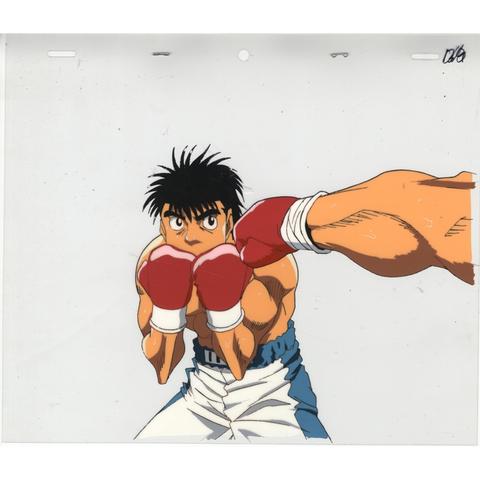 Japanese Gallery March 1, 2021 Anime & Manga 1,077 View
Okay, first off, disclaimer - I love sports anime. Eyeshield 21 is my favourite series of all time. I eagerly await every new show or season each week, from Haikyuu! to Yowamushi Pedal and the many other series I’m probably (let’s face it, definitely) into. The one that influenced them all, and is amazing in it’s own right, is the modern classic, Hajime no Ippo. Started as a manga George Morikawa in 1989, Ippo is amazingly still ongoing; there are now over 115 volumes to date! There is no doubt that the many that followed, even that of more pseudo-sports anime such as Hikaru no Go, have been influenced by Morikawa’s masterpiece.

Now, I know what you’re thinking - sports anime are all the same! Weakling character with no friends and often bullied by his classmates finds a sport he loves by chance. Though a complete beginner, they normally have one skill they have unknowingly developed growing up that is conveniently perfect for the sport they have discovered. With massive effort, and after encountering multiple rivals and hardships, they go from a nobody to the top. If you’ve seen even one anime in the last couple of decades, you know the story. It’s cliche, but it’s an emotional roller coaster, a journey. There are laughs and tears along the way. At the end neither you or the main character is the same, doubtless you will have a love for the sport and a deep attachment to the story. 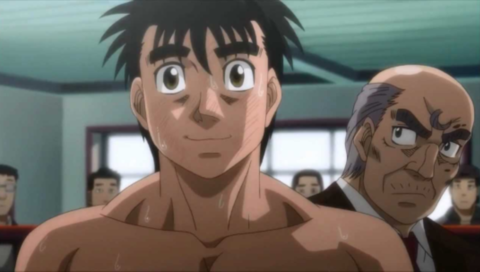 No anime does this better than Hajime no Ippo.  Its leading character, Ippo Makunouchi, is the epitome of the sports anime stereotype, but if sports anime are cliche, then Ippo did it first. Wimpy and bullied at school, a chance encounter leads Ippo to the Kamogawa Boxing Gym where his life changes. His years of lifting heavy loads working at his family’s fishing company has given him a body suited to the sport, and his growth and potential is exponential. While the story is great, the character development of Ippo and his various opponents is one of the great strengths of the series. Despite always assuming he is not strong enough, his journey of understanding and defeating the fighters ahead of him is a sight to behold. The brilliant way that the series prefaces each bout with a peek into the lives and motivations of his rivals makes each fight mean much more to both Ippo and the audience. Though we have seen this in later shows such as Diamond no Ace and Baby Steps, Ippo was the first to do it so well, and is second to none. 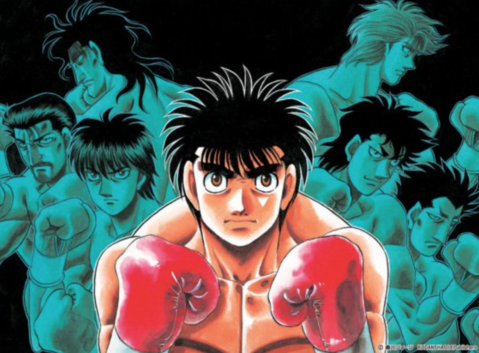 Though the manga might seem impossibly long to get into right away, the first series of the anime is only 76 episodes and gets into the action right from the start. It was also produced by the great Madhouse Studio, from 2000-2003 (as well as in 2009, and 2013). Luckily for us this means that there are a great bunch of cels available that we can enjoy every day! Whether you are a sports anime nut like me or not, I urge you to watch Hajime no Ippo, despite the cliche, it might just convert you. Don’t you want to find out if Ippo makes it all the way to the top? It really is a knock out! (I’m not even sorry).