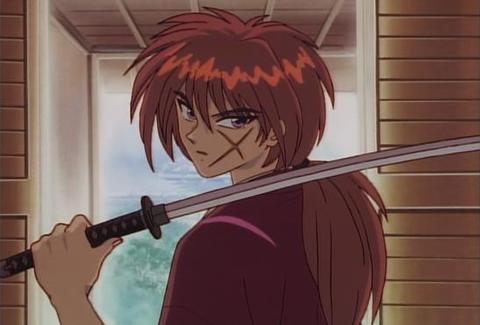 One of the cornerstones of 1990s anime and responsible for bringing a new generation into the medium, Rurouni Kenshin is definitely a series worth talking about. It is legendary for appealing to audiences beyond the usual age and gender barriers, and is quite possibly the most famous historical anime, being set in an era of early modern Japanese history. In this article we’ll take a look at some of Rurouni Kenshin's historical elements in the hopes of educating fans of this wonderful show. 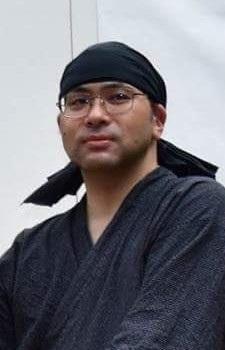 Nobuhiro Watsuki, the mangaka (author and artist) behind Rurouni Kenshin.

The Edo Period and the Meiji Restoration

First, let’s talk about the main setting of the series, and the historical background behind it. From the early 17th century to the mid-19th century, Japan was ruled by what is called the Tokugawa shogunate. Though the Emperor of Japan was still nominally the head of the nation, it was the shōguns (or feudal military lords) of the Tokugawa family who held real political power in practice. This time period is known as the Edo period (named after the city of Edo, the seat of the shōgun’s government and known today as Tokyo), and during this period Japan isolated itself from the rest of the world and its culture internally thrived. However, in the 1850s Western powers arrived and forced the country to open its borders, and the way the shogunate handled this issue displeased much of the population; this displeasure became a spark that ignited the Meiji Restoration.

The Meiji Restoration marked a time of civil war in Japan. On one side of the conflict was the ruling shogunate, propped up by many elite samurai families, and on the other was the imperialist faction, those who wanted to restore practical rule to the Imperial Family (the then-Emperor’s name was Meiji, hence the name given to the reformation movement). The imperialists are often called the Ishin Shishi (維新志士), who ultimately won the conflict and established the Meiji government. The Restoration itself spanned both the final years of the Edo period – more commonly referred to as the Bakumatsu – and the early years of the Meiji period of Japanese history. It is here where Rurouni Kenshin finds its place.

Enter Himura Kenshin, the protagonist of the series. While there was no redheaded X-scarred samurai in real life, mangaka Nobuhiro Watsuki did base the concept of Kenshin on a real figure: Kawakami Gensai. As with many of his peers, Gensai was displeased with the unequal treaties Japan had found itself bound to. So like Kenshin, Gensai worked as a hitokiri (人斬り, Eng: ‘manslayer’) for the Shishi during the Bakumatsu, and also like Kenshin, he was notable for his incredibly quick sword techniques. These techniques allowed him to assassinate pro-shogunate political figures in broad daylight, although only one case (the assassination of politician and scholar Sakuma Shōzan) was ever confirmed. Though he survived the conflict to see through the Restoration, Gensai was ultimately arrested and executed in the Meiji period for harbouring old militia allies, a fate that fortunately is not shared with our favourite vagabond hero. 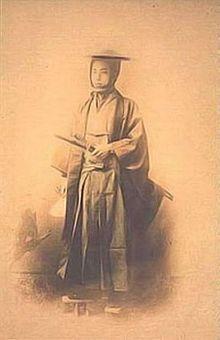 The historical Kawakami Gensai, inspiration behind Himura Kenshin, also known as Battousai the Manslayer. Gensai was often mistaken for a woman due to his soft features.

The Ishin Shishi weren’t the only people fighting to depose the shogunate. There was also the Sekihōtai (赤報隊, Eng: 'red vanguard'), a small civilian army comprised primarily of farmers and merchants. The Meiji regime had promised tax cuts in order to win support from the people in the conflict, and the Sekihōtai travelled the countryside to spread the news. When the conflict ended and the Meiji government found they could not keep their promises, they used the Sekihōtai as a scapegoat and called them a false army who had spread lies, and subsequently captured and executed members of this civilian army. This included the famous captain Sagara Sōzō, who you may recognise as the adoptive father of one Sagara Sanosuke in Rurouni Kenshin (quick note: in the Japanese naming order, the family name comes first, so ‘Sagara’ is the family name here). No wonder Sanosuke hates the Meiji government with a burning passion!

Meanwhile, on the side of the shogunate were the Shinsengumi (新選組, Eng: 'New Selected Group'), a group of samurai appointed to act as a special police force whose primary role was to police the city of Kyoto – at the time the capital of Japan – and putting down any acts of insurgency against the shogunate. Despite technically being defenders of the peace, they soon accumulated a reputation of dread as they had a very strict code of conduct and a willingness to kill anyone they perceived as a threat. The Shinsengumi are divided into various divisions, with each division having their own captain. They are also well-known for their distinctive sky blue-and-white haori jacket uniforms. These uniforms were worn by various Rurouni Kenshin characters in flashbacks to the Bakumatsu, most notably by Kenshin’s aloof ally Saitō Hajime. As in the series, the real Hajime was the captain of the 3rd division of the Shinsengumi who survived the Bakumatsu and became a police officer under the name Fujita Gorō. The series was also historically-accurate in portraying Hajime as a cold, dispassionate man of few words and great talent with the sword. And do you remember that little joke Kenshin and Misao made about Hajime’s wife (season 2, episode 10)? The one where they wondered if his wife had the patience of Buddha to handle such a difficult man? That’s true to history, too! 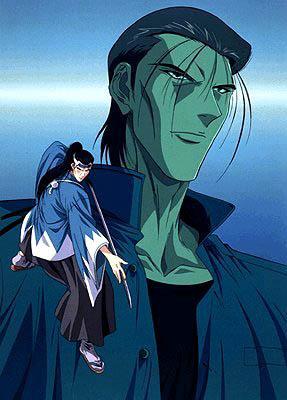 Saitō Hajime as seen in Rurouni Kenshin. Notice the Shinsengumi uniform he's wearing as his younger self, which contrasts with his low-profile modern clothes.

By far the most famous act of the Shinsengumi was capturing a group of the Shishi in the Ikedaya Inn in Kyoto, who were plotting to set fire to the city in their attempt to bring down the shogunate. This incident later became known as the Ikedaya Incident or the Ikedaya Affair, and it is this exact scheme that in Rurouni Kenshin inspired Shishio Makoto’s own Kyoto Inferno plan as part of his attempts to bring down the Meiji government. The success of the Shinsengumi in foiling this plot quickly bolstered their popularity, with many people enlisting as members.

Meanwhile, all the way in Edo Castle there was another group devoted to protecting the shogunate: the Oniwaban (御庭番), a group of spies or undercover agents who reported any important information to the shōgun. Often depicted as ninja in modern Japanese media, they were also responsible for securing the castle in order to keep the shōgun safe from any assassination attempts. In Rurouni Kenshin we first meet a few members of the Oniwaban during the Kanryu Mansion arc, along with their prodigious leader Shinomori Aoshi. We then see the other members of the Oniwaban running the Aoiya Inn in Kyoto, under the direction of their previous leader Okina. These members are portrayed as ninjas, and living up to the reputation of the historical Oniwaban they are shown as having a large and effective information network. Amusingly, through an odd twist of fate they provided invaluable help to Kenshin, a former assassin who fought to depose the shōgun only ten years prior. 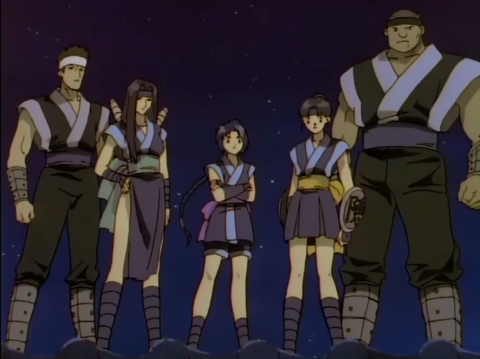 The Oniwaban as seen in Rurouni Kenshin. Notice the ninja garb they are wearing, a common depiction of the Oniwaban in modern Japanese media.

These are some of the more notable historical elements of Rurouni Kenshin. The series is so accurate to the early Meiji history of Japan (minus all the physics-defying fight scenes, of course) that it would be quicker to list the inaccuracies instead. There are many other historical events strewn throughout the series that forms the background of numerous characters and events, such as the assassination of nationalist leader Ōkubo Toshimichi or the purge of Buddhist temples that inspired Anji’s character. Suffice it to say, Rurouni Kenshin is an important work for the education of Japanese history, in addition to just being a well-written story with beloved characters and timeless themes.