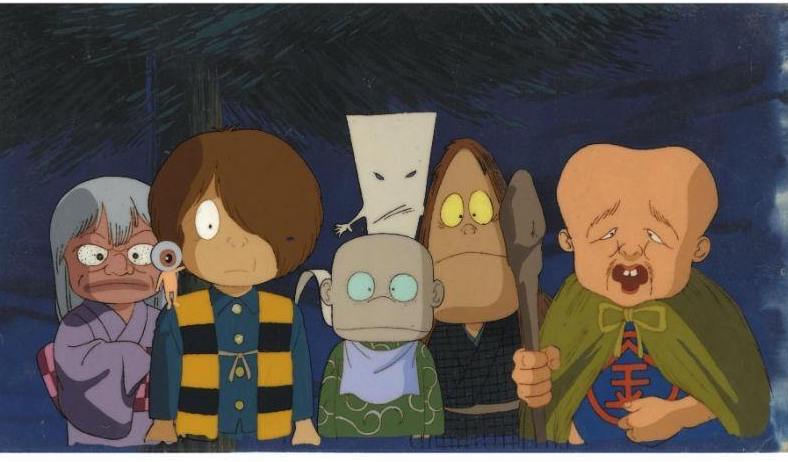 Japanese Folklore - An Introduction to Yokai

Welcome to the first part of a series of articles where we take a look at some of the well-known pieces of folklore from Japanese culture, and how they have influenced our favourite anime. In this installment, we’ll be taking a brief look at Japan’s indigenous supernatural creatures: yōkai. 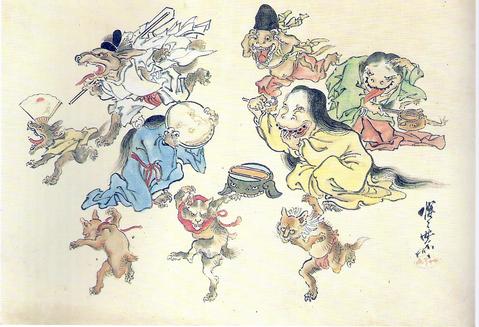 A number of yokai out and about during the Hyakki Yagyo, or 'Night Parade of One Hundred Demons'. Painted by Kawanabe Kyosai.

Yōkai (妖怪), also known as mononoke (物の怪), are a class of supernatural creatures originating from the Shinto faith. The word itself is rather vague in meaning, and today is a bit of a catchall term for various spirits and beings. They are very widely varied in origin, appearance, and even relationship to humans; some of them can be benevolent, others malevolent, and many more still are just plain incomprehensible by human standards. In English they are commonly referred to as ‘demons’ which is a bit of a misnomer as that term connotes monstrous evil. Yōkai on the other hand can fall anywhere between good, passive, mischievous, neutral, animalistic, and evil. In this regard, they are actually more similar to the classic depictions of European faeries, complete with their penchant for tricking unsuspecting humans.

Shinto is the native belief system of the Japanese people, widespread in the Land of the Rising Sun prior to the introduction of Buddhism. It is highly animistic, which means it is very in tune with nature and emphasises harmony between humans and the environment. These elements carry over to the depictions of numerous yōkai who are often connected to various local natural features like forests, rivers, or mountains, not unlike nature spirits in Europe's own traditional folklore.
The Evolution of Yōkai

The idea of yōkai date back all the way to the 8th century as local folklore, and was passed down via oral tradition until the Edo period in the 17th century. During this time a celebration of art and culture flourished, which included the standardisation and popularisation of yōkai by Toriyama Sekien and various other Japanese artists/folklorists (who were prone to creating their own original yōkai, incidentally). This resulted in a considerable amount of traditional Japanese fine art, paintings, theatre, and stories featuring these curious creatures. Unfortunately, when Japan was modernising in the late 19th century, yōkai fell out of favour as it was considered an embarrassing part of a superstitious past. They did not make a resurgence in the Japanese consciousness until comics and animation started featuring them.

This brings us to anime and manga. If you're an avid anime watcher, you would have no doubt seen at least a few portrayals of yōkai in modern Japanese media. A yōkai-heavy setting was codified by Shigeru Mizuki and his ever-popular manga series GeGeGe no Kitarō, which is adapted to anime once every decade since its inception (yes, it’s that popular). For those who've never heard of it, the series focuses on young Kitarō - the last survivor of the Yōkai Tribe - and his adventures with other yōkai from Japanese folklore. Along with the spirit of his father, Medama-Oyaji (inhabiting his old eyeball), Nezumi-Otoko (a rat-man), Neko-Musume (a cat-girl), and a host of other folkloric creatures, Kitarō strives to unite the worlds of humans and yōkai. A timeless theme across cultures, isn't it? 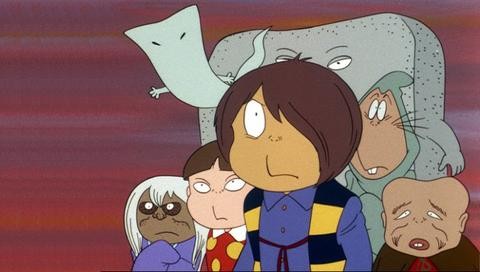 Kitarō and a number of yōkai from Shigeru Mizuki's iconic creation. GeGeGe no Kitarō is single-handedly responsible for the second boom in yōkai popularity.

Ever since its creation, numerous other anime series have followed the footsteps of GeGeGe no Kitarō and heavily focused on yōkai lore. Such series include Yu Yu Hakusho and Ushio and Tora (both urban fantasy series with a heavy focus on defending humans from yōkai), InuYasha (set in a fantasy version of feudal Japan), Hell Teacher Nūbē (featuring a yōkai-exorcising teacher), Nura: Rise of the Yōkai Clan (uniquely focusing on yōkai organised like a crime family), and Rosario + Vampire (which takes place primarily in a yōkai school). Even series that don’t necessarily focus on yōkai often feature them as secondary characters or even monsters of the week, including such popular series as Mahou Sensei Negima, Naruto, Ranma ½, and xxxHolic. All of these series and more owe much of their influence to GeGeGe no Kitarō, and by extension Japan's extensive folklore tradition.
Speaking of yōkai in anime, we mustn't overlook another major source of yōkai portrayals in popular Japanese media: Studio Ghibli. After all, their films are often massive love letters to traditional Japanese values and ways of life, which of course includes the Shinto connections to nature as well as the presence of yōkai. The tanuki (raccoon dogs) from Pom Poko are a type of yōkai, as are the various supernatural spirits we see in films like Princess Mononoke and Spirited Away. Yes, even the terrifying No-Face is a yōkai; a noppera-bō, to be exact. 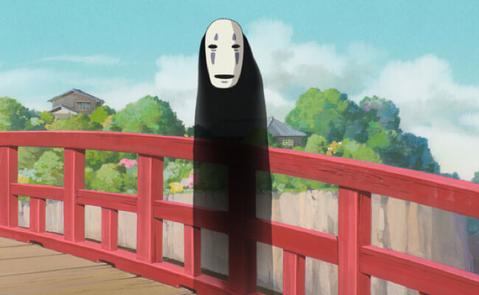 No-Face from Spirited Away.

As you may have guessed by now, many other Japanese pop culture media also love to take inspiration from this line of folklore. Pokémon, Yo-Kai Watch, and Shin Megami Tensei (better known for their Persona sub-series) are three of the biggest examples in video gaming, as is the cult classic game Ōkami. On the television side, we have the various Super Sentai and Ultra Series, again often using traditional yōkai as monsters of the week. Even a few Western works have begun to feature yōkai, such as the incredibly popular Dungeons and Dragons (Oriental Adventures) and Magic: The Gathering (Kamigawa block) tabletop games, as well as the long-running comic series Usagi Yojimbo. In short, if you are interested in Japanese culture both traditional and modern, understanding the importance and influence of yōkai lore is a must. They embody Japan's past and continue to shape its future as a part of its cultural heritage and identity. As such, we’ll be sure to cover the more notable individual yōkai in greater detail in future posts, and of course their influence on our favourite anime.