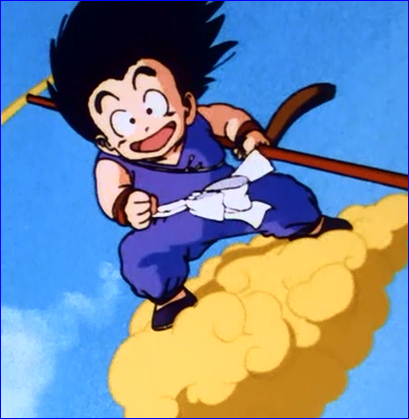 Welcome to a series where we examine the influences of classical literature from around the world on our favourite manga and anime series. Anime is fantastic of course, but it’s always important to educate ourselves about the greats that came before, and so in today’s installment we’re going to take a look at a work you may not have heard of but has definitely impacted your anime experience regardless! But before we get to it, let’s talk a little bit about one of the most recognisable anime characters of all time.

Son Goku, childhood hero of countless children who grew up in the 1990s and the biggest barometer for shōnen heroes today. It’s no secret that the Dragon Ball franchise has become an international juggernaut of pop culture, beloved for its quirky sense of humor, memorable heroes and villains, and of course, all the fist-pumping action and super mode transformations. The manga was for a long time the best-selling manga in history, and Dragon Ball Z is touted as being a major reason anime broke through to the mainstream consciousness. But did you know that Dragon Ball originally started as an homage to one of the most enduring and influential literary works in East Asian cultures? 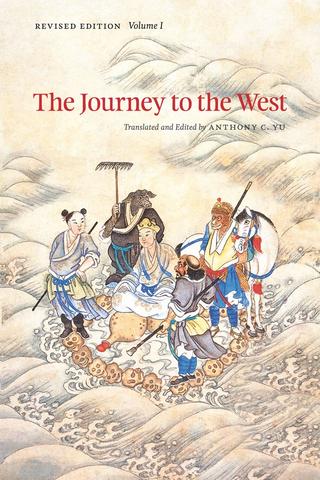 Journey to the West.

This is Journey to the West, one of China’s Four Classical Novels. Written sometime in the 16th century and incredibly popular in both China and Japan, Journey to the West focuses on Xuanzang, a Chinese monk sent on a journey to India to study Buddhism from its source and obtain sacred Buddhist texts. The monk is accompanied on his journey by three supernatural beings, sent by the heavens as penance for their past grievances. The first is Zhu Bajie, a greedy and gluttonous pig demon. The second is Sha Wujing, a fearsome but thoughtful river monster. The third is the Handsome Monkey King, Sun Wukong. 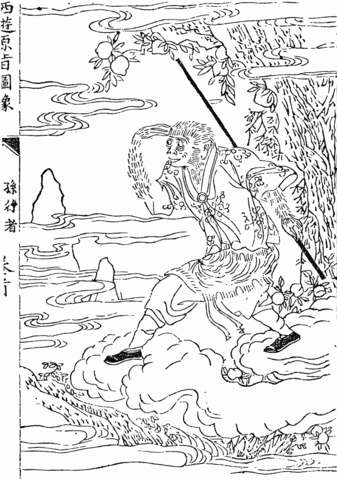 While Xuanzang is technically the story’s protagonist, it’s Sun Wukong who steals the show and consequently, he’s the one character people remember the most. Wukong is a monkey born from stone, and like many monkeys he is cunning and mischievous, a prime example of a ‘trickster archetype’. He is boisterous, hot-headed, and will never back down from a fight. Wukong is also monstrously strong, can create duplicates of himself, can walk on clouds, and his weapon of choice is a Bo staff that can extend to any length at his command. These are the traits that his many, many adaptations share, including those in anime.
This is where we come back to Dragon Ball. You see, the Japanese reading of Sun Wukong’s name is Son Goku. Yes, like that Son Goku above. Similar to Wukong, Goku is energetic, loud, and constantly breaks his own limits through sheer determination. He isn’t too bright intellectually but shows incredible cunning in combat, and loves to challenge others to a fight in order to become stronger. He often wins with the power of friendship and will show no mercy on you if you hurt the ones he cares about. Just ask Frieza! But the similarities to Sun Wukong don’t end there. Remember Goku’s monkey tail, and how his species can turn into giant apes? How about the Nimbus Cloud that he rides, or his extending Power Pole? They are all references to the legendary Monkey King himself.

Kid Goku. Notice the similarity to the image of Wukong above?

So what’s the big deal with all of this? Well as we said earlier, Son Goku has become the definitive gold standard of shōnen heroes in more recent generations. Does your favorite hero love to eat and fight? Is he excitable, very powerful, and highly creative in combat? Does he constantly win fights through determination and the power of friendship? Congratulations: your hero is officially inspired by Son Goku! Whether it’s Monkey D. Luffy from One Piece, Naruto Uzumaki from Naruto, Ichigo Kurosaki from Bleach, or Natsu Dragneel from Fairy Tail, Goku’s influence on anime is virtually omnipresent. And we ultimately have Sun Wukong to thank for it!
Having said all that, Dragon Ball’s Goku is far from the only representative of Sun Wukong and Journey to the West in anime. He’s not even the only one named Son Goku! This guy from Saiyuki and this guy from Monkey Typhoon are both named Son Goku complete with extending staves, just to name a couple. Both of their shows are also sci-fi takes on Journey to the West, just like the early parts of the original Dragon Ball series. Other instances of anime referencing and paying homage to the Monkey King and Journey to the West include a group of minor demons in Yu Yu Hakusho, a stage play in both Love Hina and Urusei Yatsura, the ninth Doraemon film, an episode in the second Lupin III series, the Four-Tailed Ape in Naruto, and even the main cast of InuYasha counts, with InuYasha himself as Wukong, Kagome as Xuanzang, Miroku as Bajie, and Sango as Wujing.
Moving beyond anime, Wukong has also made his presence felt in various video games, including Infernape in Pokémon, Hanumachine in Mega Man, and Wukong in League of Legends. His influence has even reached Western pop culture in recent years, ranging from Marvel Comics's Monkey King to DreamWorks’s Kung Fu Panda toRooster Teeth’s popular web series RWBY. It’s safe to say that Sun Wukong has finally made his own journey to the West.
Share